2 NFT Unveils the Aska eVTOL Aircraft, First Units Will Be Delivered in 2026

Delivery Drones and Air Taxis Could Boost Medical Transport, but Are They Safe?

In case you didn’t know, robotaxis are old news and it’s all about air taxis now. While all sorts of self-driving vehicles are slowly making their way in cities throughout the world, drones and electric VTOLs for public services might become a common thing sooner than we think.
6 photos

It would be interesting to know what the public’s perspective on this is, since urban communities will clearly be impacted by these developments. The European Union Aviation Safety Agency (EASA) wanted to learn more about the European citizens’ acceptance of the Urban Air Mobility concept.

In fact, the results of the first study of this kind conducted within the European Union were recently published, with some interesting findings.

But how did this begin? EU’s ambitious Urban Air Mobility (UAM) project plans to enable an innovative air transportation system for passengers and cargo, which will not only improve urban mobility overall, but also act as a green alternative to current means of transportation. Since the project is expected to be launched no later than 5 years from now, with pilot projects already under development, this study was an important step for the UAM’s success.

The study found that there’s a great support for the medical transport use of electric aircraft taking off and landing vertically (VTOL), in particular for the transport of injured patients or emergency medical personnel, but also for the drone delivery of medical supplies for hospitals.

European citizens also seem to agree on the fact that UAM would have positive consequences such are fewer CO2 emissions, reduced traffic jams and a faster response in emergency situations or in remote areas.

As far as concerns go, respondents were mostly worried about safety and the environmental impact, as well as noise pollution, but to a lesser degree. Interestingly enough, more than half of them were concerned about the negative impact of drones and air taxis on animals, in particular wildlife.

And, according to the results of the study, people require better security and cybersecurity regulations, in order to trust UAM more. However, 71% are ready to try out UAM services, which is an overall positive conclusion.

Based on this study, EASA will draft an impact assessment and regulatory proposal for UAM in 2022 and the first air taxis, initially with a pilot on board, could be operating as soon as 2023. 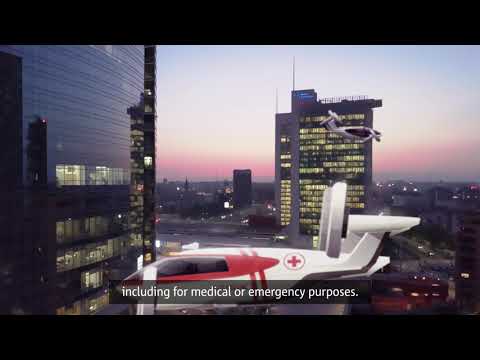