DeepRoute.ai offers a production-ready L4 Autonomous Driving system at a cool $10,000. The price tag is incredible given the hardware used, with five solid-state lidar sensors, eight cameras, a proprietary computing system, and an optional millimeter-wave radar.

Autonomous driving is considered to be the holy grail of the automotive industry and has been promised to us for quite a long time already. If I recall the slides from a 2013 Bosch presentation, we should’ve been all passengers in our cars a year ago. Back then, seven years seemed like a reasonable time frame but, health crisis aside, we are nowhere near fully-autonomous driving, or Level 5 (L5) autonomy as the industry calls it.

Sure, Tesla calls its assistance suite “Autopilot” or even “Full Self-Driving,” but it’s just a deceptive trade name for a system that is only capable of L2 autonomy. This means that the car cannot be trusted with your life and Tesla does not assume responsibility for whatever mischiefs the car might be doing.

Today, the auto industry rejoiced as Daimler announced a breakthrough in autonomous driving after receiving German certification for the Level 3 autonomous driving system called Drive Pilot. The system will equip the Mercedes-Benz S-Class and EQS starting next year and will be the first car in the world certified for Level 3 autonomy. Thus, Daimler beats Tesla, as Full Self-Driving is still in beta and at this stage it is not certified for Level 3.

Level 3 autonomous systems are not unheard of today, as Waymo operates a fleet of minivans with this type of automated driving. According to the SAE classification, Level 3 means the car can drive itself without driver intervention, although, in certain situations, the driver still needs to be prepared to take over. In the case of Waymo, even though no driver is present in the car, this is still remotely supervised by human drivers.

Now, this is already old news, as the autonomous vehicle startup DeepRoute.ai announced it has a production-ready Level 4 system. What’s spectacular about DeepRoute-Driver 2.0 is its price though, of only $10,000. For a system deploying five solid-state lidar sensors, eight cameras, a proprietary computing system, and an optional millimeter-wave radar, this is a real steal.

Lidar sensors account for roughly half the price of the system, but we already know how pricey these things are. DeepRoute thinks the price could be further pushed downward, as the whole supply chain evolves and scales up. Also, the startup, with offices in Shenzhen and Fremont, California, is confident about its ability to strike a balance between expensive but capable systems like that of Waymo’s and more affordable but utterly limited systems like Tesla’s.

In the video below you can see the car equipped with the DeepRoute-Driver 2.0 autonomous driving system navigating the rush hour traffic in downtown Shenzhen. During the test drive, the car performs normal tasks like flexible lane changes, yielding to pedestrians, and auto on- or off-ramp merging. According to DeepRoute.ai, the system never disengages during use.

For now, DeepRoute has yet to secure a customer for its L4 solution. A spokesperson for the startup said that people from a few “major automakers” have taken rides in the cars integrated with the tech and “they were impressed by the functionality as well as the pricing.” Thus, a major contract should be in sight anytime soon.

Hopefully, we will soon have enough options for autonomous driving and will be able to take car trips without having to take our eyes off our phones. Because, with an ever-aging population and more and more distracted drivers behind the wheels, humanity desperately needs autonomous cars to keep us moving safely in our cars. 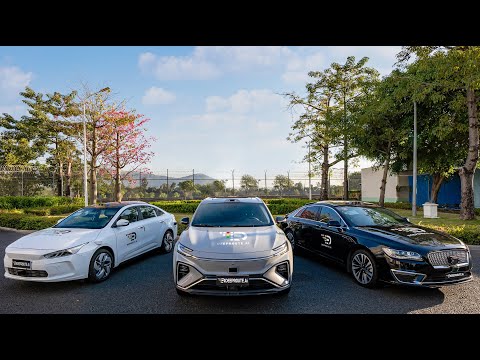 If You Destroy Your Mini Mate Camper, Don't Feel Bad, It's Only $4K: Effective SimplicitySee all coverstories