4 The Hoff Gets Fined at Gumball, Tells Cops It's KITT’s Fault

Remember a wile back, about six months ago or so, when last year’s Gumball 3000 motor rally was going on. You know, summer, hundred-thousand-dollar tuned sportscars, extremely wealthy people and whatnot. Well, Deadmau5 was one of the participants, in fact he was the one to win the Spirit of Gumball award. He just released the video documentary he did at the event.
1 photo
It took more than just being the happy owner of a truly expensive and extremely pimped-out ride to be part of the eccentric rally. Each car had to pay £40,000 ($61,000), which would normally be split in half, based on two sharing a single vehicle. It started in Miami, passed through Atlanta and went all the way to New York City, this time. The rally went on over Western Europe soil, as the participants and cars were loaded onto planes and shipped over the old continent.

It then continued from Edinburgh, London, Paris and Barcelona, before reaching the final destination on the island of Ibiza. Among the sponsors of the event was also YouTube, which most likely helped out with the filming of the documentary. When Zimmerman was not staying busy fighting 1st world problems, such as speeding in France (which, by the way, got him banned from driving there) or suffering from long hours driving, he also performed on several shows.

But these documentary isn’t only about celebrities, wealthy car enthusiasts and hustlers seen at the wheel of some of the greatest cars on the market - including the McLaren P1, most of the Ferrari models, Bentleys and a bunch of Rolls-Royce - but also about music. In fact, you’re probably feel Deadmau5’s music running in the background while watching the documentary and that is because Zimmerman put in some songs of his most recent studio album dubbed “while (1 < 2)”. 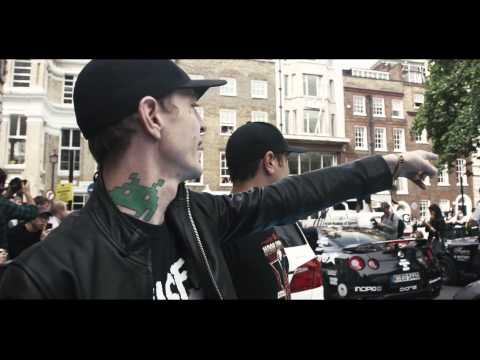