Deadly Pedestrian Crashes at Highest Levels Since 1990 in the U.S.

The Insurance Institute for Highway Safety (IIHS) released last week the results of its newest study concerning pedestrian crashes. The number put forward by the organization show that compared to the lowest level achieved in 2009, the number of deadly pedestrian crashes has increased by 46 percent.
1 photo
The study has taken into account research conducted for the period between 2009 and 2016. IiHS says the total number of people killed in such crashes in 2016 has been 5,987, the highest since 1990.

The place most likely for a pedestrian to be hit by a car and killed has been found to be in urban or suburban areas, away from intersections, on busy main roads and in the dark. Since SUV have for years been customers favorites, most cars doing the killing belong to this segment.

Fatal single-vehicle crashes involving SUVs increased 81 percent compared to the previous data, more than any other type of vehicle. A metric measured by the ratio of horsepower to weight, also increased as a result of the fact that there are more SUVs on the roads.

IIHS numbers show an increase in deaths of 54 percent in urban areas, 67 percent on arterials, 50 percent at non-intersections and 56 percent in the dark.

The organization found that the severity of crashes involving pedestrian has increased as well. Out of each 100 crashes, 29 end with the pedestrian getting killed.

Among the age groups, the largest increase in pedestrian fatalities per population was for people ages 20–69, says the IIHS.

"When people are forced to walk long distances to the nearest signalized intersection, they are more likely to choose the riskier option of sprinting across multiple lanes of traffic," said  IIHS President David Harkey.

The entire results of the study, as published by the IIHS, can be found in the document attached below. 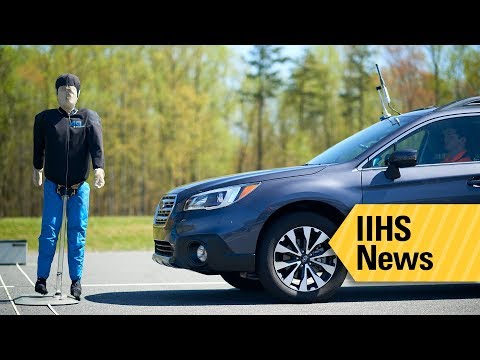