1 De Ferran Could Miss Out on 2011 IndyCar Series 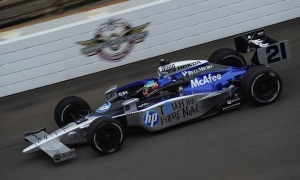 Gil de Ferran has officially closed his IndyCar team on Friday, after failing to secure the necessary funding for a one-car programme inside the 2011 IZOD IndyCar Series.

Initially, Tony Kanaan announced earlier this week that he is back on the drivers market for the 2011 campaign after financial issues have prevented him from continuing his collaboration with de Ferran Dragon Racing. What we mean by financial issues is the lack of sponsors for the 2011 season.

On Friday morning, the co-owner of the team Gil de Ferran announced the possibility of closing down his IndyCar operations for good, but did not confirm it accordingly. The bad news came later in the day, when the Brazilian told speed.com that his entire staff will be looking for new jobs in 2011.

“We worked hard to fund this thing and tried everything we could but, at the end of the day, we just couldn't raise enough funds to do it properly,” said de Ferran, according to the aforementioned source.

“It's a shame because we kept our full crew through the winter, did a lot of R&D and I was confident we had a good season ahead of us. Believe me, we looked at every scenario available, half a season, Indy, some races near the end but I couldn't build a case for it.”

De Ferran began his racing operation back in 2008, when he set up his own team in the American Le Mans Series. At the beginning of last year, he joined efforts with Jay Penske and Steve Luczo's Luczo Dragon team to form the new de Ferran Dragon team, running a single-car programme with Raphael Matos.

“Speaking personally, I love auto racing it's always been my life and I love Indycars. But I'm not going to make any immediate decisions about the future,” added the former Champ Car champion.