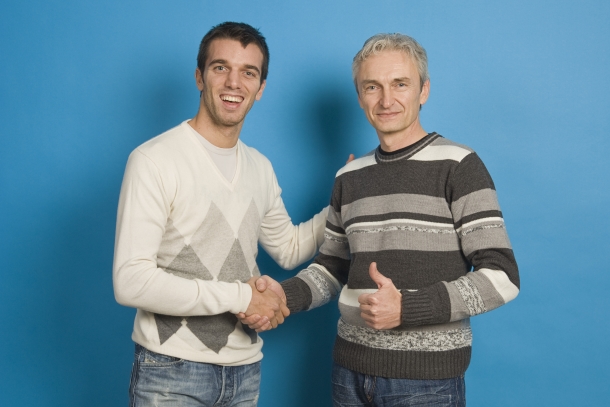 With the majority of the MotoGP riding seats for the 2010 championship already secured, San Marino's Alex de Angelis decided to take a year off the premier class and step down to the inaugural Moto2 series. After two years in the MotoGP, De Angelis announced he has reached an agreement with Scot Racing for the 2010 Moto2 season.

“I am happy to collaborate on a project in which I feel like the standard-bearer of my nation. In a sense, I could define the Scot Racing Team as my home team; I have known everyone there for many years, and some of them even drink coffee in the same bar as me!” said an enthusiast De Angelis on Monday.

De Angelis and Toni Elias used to ride for Honda Gresini during the 2009 campaign, but were both informed their contracts will not be renewed for the 2010 season. They were instead replaced by former Kawasaki rider Marco Melandri and 250cc rider Marco Simoncelli.

However, De Angelis made it very clear that he is not seeking a long-term commitment in the Moto2 series, but only a one-year arrangement before returning to the MotoGP.

“They (Scot Racing) have won two world championship titles, and now we are working together to build a winning project in 2010, a prelude to my return to MotoGP the following year,” added De Angelis.

As for Scot Racing, the team canceled their MotoGP programme for the 2010 season last month, announcing their complete backing for the Moto2 operations. Alongside De Angelis will be another MotoGP 'refugee', Italian rider Niccolo Canepa, who used to ride for Pramac Racing during the 2009 season.

“It's been some time that we have been thinking of Alex de Angelis as a rider for our team. It is an all-San Marino dream, that we would have liked to have accomplished in MotoGP, but that will begin in the new Moto2 class – an innovative championship that I think will offer a very interesting show,” said Scot Racing boss Cirano Mularoni.

“Our team, with a world title in its pocket, could only aspire to the strongest available riders – and I want not only to try to maintain that winning record, but also to participate in this new adventure with one of my neighbours, which bestows upon the challenge a lot of significance,” added Mularoni.