Home > News > Videogames
30 May 2022, 18:37 UTC ·
by Cosmin Vasile
There’s been an explosion of collaborations in the gaming industry that involve Tom Cruise’s latest blockbuster, Top Gun: Maverick. Already the biggest success of the American star, Top Gun: Maverick has been in the gaming news for more than week, thanks to a few partnerships with major franchises like Ace Combat 7: Unknown Skies, Microsoft Flight Simulator and War Thunder.
11 photos

Although most of the extra content offered by the games above comes free (with the exception of Ace Combat 7’s Top Gun: Maverick DLC), it’s hard not to see how these games are trying to piggyback on the Top Gun sequel’s marketing.

Still, there’s no doubt that these Top Gun crossovers are going to be loved by flight simulator fans, especially since they’re so well designed. Speaking of Top Gun crossovers, DCS World is the fourth major game that announced a collaboration with the movie that has just debuted in theaters.

To celebrate the launch of Top Gun sequel, the fine folks at Eagle Dynamics have released an intense trailer that showcases the iconic fighter jets in the movie. In addition, DCS World players can now redeem two free liveries for the new DCS: F/A-18C Hornet and DCS: F-14 Tomcat.

One of the most realistic military flight simulators out there, DCS World is available for free on PC (via Steam). However, the rig needed to run this and make it look as authentic as possible isn’t.

It’s also important to mention that while the game is free, most of the aircraft are not. Thankfully, players can enroll in the DCS World’s free trial program where they will receive free access to various bundles for two weeks every six months. These bundles include multiple aircraft that players can decided whether to purchase or not when the trial expires, so it’s a win-win situation. 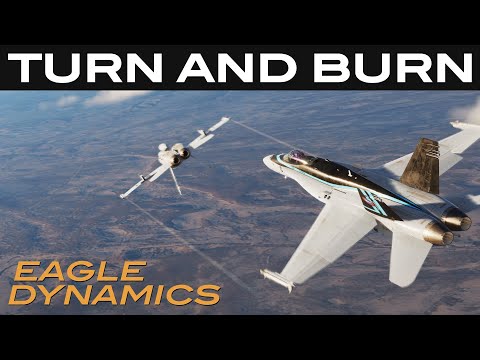