1 Daytona Holes to be Repaired
Up Next

Daytona Speedway to Get New Surface 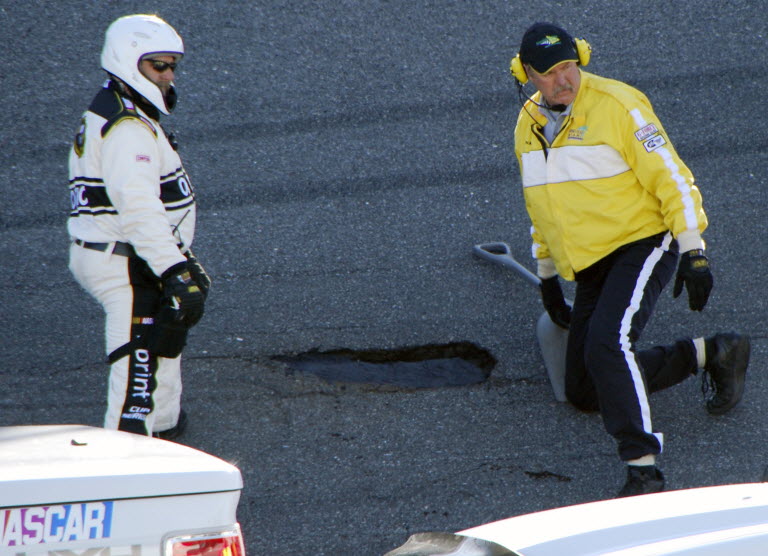 After earlier this year potholes in the Daytona International Speedway track caused stops totaling more than two hours in the season opener, Daytona officials announced the track will be repaved this July.

According to track president Robin Braig, the repaving will be completed in time for the 2011 Daytona 500. Until now, the holes in the track were patched using a Bondo body filler and reinforced concrete.

“I think is it a good choice to put a new surface down," Dale Earnhardt Jr. said when hearing the news. "The old surface was a lot of fun, but it is kind of getting past its prime I think. The sooner we get a new surface down that can get some weather on it, the quicker we will get to the kind of race track that everybody wants."

“It is one of the most popular and important tracks on our circuit. I’m glad to see it get a facelift. It should be a lot of fun when we go back there. It should be a really good looking track and surface.”

The man who won the prolonged race this year, Jamie McMurray, also says he favors a new surface for the track. In his opinion, the new pavement might even make races more interesting.

"Probably more side-by-side longer throughout the run. Daytona has always been the place you could run 10 or 12 laps wide open and then you start to slide around," McMurray told Auto123.

"With the bumps off of turn two and off of turn four, it made it harder to run side-by-side. I would assume we will see more three wide, side-by-side for longer throughout the run. It should be really exciting for the fans.”