4 eleMMent Palazzo, the Monster RV That Is World’s Most Decadent and Expensive

Good things come to those who wait, and actor Dax Shepard did more than a fair share of waiting. After what he describes as ten long years, he finally has the motorhome of his dreams.
5 photos

Dax Shepard, as you must know, is one of the hosts of Top Gear America (along with Rob Corddry and Jethro Bovingdon), which starts streaming again this Friday, January 29. To promote the show’s premiere, he stopped by Jimmy Kimmel for a chat about his decades-long love of cars, how it translated into his getting the “perfect job,” and, of course, the moment he became the owner of his dream motorhome.

It happened in December 2020, but it was a moment ten years in the making, Shepard says. He might be stretching it a bit, but he does say he would often spend 40 minutes at night in bed, looking through various motorhomes searching for one that would suit him like a glove. He finally found it and bought it, and then drove it home.

He describes it as a “proper bus,” and “a shed that does 7 miles a gallon” and now serves as his man-cave. He makes it clear that he only had time to take it out on the road once – when he drove it 2,000 miles (3,218 km) from Dallas, Texas to his home, where he parked it in the driveway. But he’s absolutely in love with it, and it’s clear from the way he gushes about features: it has a king-size bed in the back and a queen-size one in the front, bunk beds for his and Kristen Bell’s daughters, full-size kitchen, washer and driver combo, and two showers, which is something only a parent with growing kids can fully appreciate.

Shepard doesn’t mention what type of land yacht he bought (the description surely fits this category of luxury RVs), but it seems it’s one of the models offered by Foretravel, which include Prevost conversions and Presidential coaches that expand out to full-size, proper luxury abode.

If you’re a fan of the actor and are curious as to how he's doing as a Top Gear host, you should totally check out the video below. Shepard also says that what he loves most about the show is that “safety is third,” that he gets to do whatever he wants and still get praised and paid for it, and that he finally got to put a mural of himself on the side of a van. 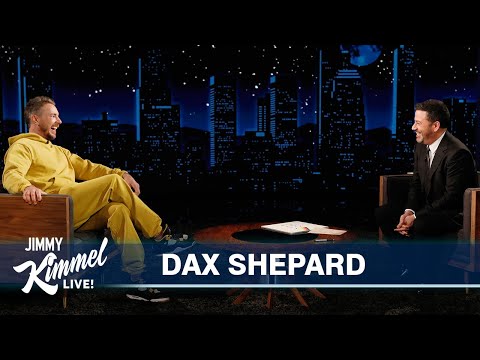