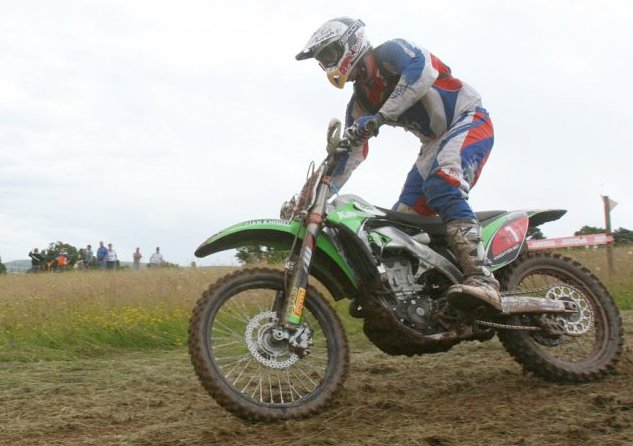 Everybody was wondering what would be David Knight’s next move after leaving BMW’s Enduro Team just few weeks ago. As it recently announced on his website, the two-time World Enduro champion decided to join PBM Kawasaki for the rest of this year’s Enduro season.

"Knighter is a legend and a great friend of the Paul Bird Motorsport team. We are more than happy to help him continue the 2009 season on a Kawasaki. The presence of such a successful, respected and well liked ambassador for off-road sport is a genuine privilege for us. We will do our utmost to support his racing effort," said team owner Paul Bird.

Knighter has already achieved his first win on the lime green KX450F, marking a great start for the partnership between the Champ and the Paul Bird Motorsport (PBM) Kawasaki team.

Ross Buridge, of Kawasaki Motors UK, was also thrilled that Knight had already won the 5th July round of the Great Britain Cross Country Championship, riding the KX450F. "Purely by achieving the level of success for which he is revered he's an inspiration to all Kawasaki riders," Buridge said.

Of course, Knight has only good things to say about his move to Kawasaki. "I'm really enjoying my racing again and the results so far back up my decision to choose Kawasaki. I even won the GNCC race by five minutes despite starting on the back row so what a result!" he said.

Next on the agenda for Knight is the British Enduro Championship this forthcoming weekend at Knighton in Powys. Having already won the first round, Knight is in with a great chance to win the title for Kawasaki. Knight will also compete in other selected GBXC three-hour races and World Championship events on his modified KX450F before moving onto the ISDE and other high-profile events as opportunities arise.