For the second time in its history, the Datsun brand is being discontinued. Nissan resurrected it back in 2012, after a 32-year hiatus, but dwindling sales have convinced company officials to stop focusing on new products, as well as discontinue the brand.
10 photos

Ever since 2019, rumors about the end of the line for the Datsun brand have emerged, and it looks like this time they're real. The Japanese conglomerate that owns Datsun has tried to resurrect it in emerging markets as an affordable product, but things have not gone their way.

Operations in Indonesia were discontinued as early as 2020, while Datsun discontinued its Russian market activity in the same year. India was among the countries where the brand had its biggest hopes, but things did not work out as planned.

Last year, the marque only had a market share of 0.09 percent in India, with sales of just 4,296 units. Production of the redi-Go model has ceased at the factory in Chennai, India Times notes. As a reference, Nissan sold 6,662 vehicles in February 2022 in India, so things were not looking up for Datsun.

We already know that Nissan does not plan to rebadge the existing Datsun models as Nissan vehicles to continue selling them, but some future products, such as an SUV that was code-named EM2, will be launched in emerging markets as a Nissan model.

Nissan only wants to use the CMF-A platform for the new cars meant for emerging markets, and those might only be sold in those markets instead of becoming global products. The reason for that is linked to development costs, which get higher if the vehicle will be sold in numerous countries, rather than just in a couple of emerging markets.

Since Datsun is owned by a larger corporation, the brand's discontinuation will not mean an end to warranty work or qualified servicing, as existing (and future) customers will be able to take their cars to the nearest Nissan dealership instead of Datsun ones.

Sales of Datsun vehicles have not stopped per se, as the existing stock in the countries that still have new units from the brand will have to go before the marque is ready for its last goodbye.

The first model to be referred to as a DAT, which was the previous name of the Datsun brand, was built back in 1914 by a company called Kwaishinsha. The Nissan brand acquired DAT in 1933, and the first phase-out of the brand took place in 1981, only to have it reborn 30 years later, but not for long, though. 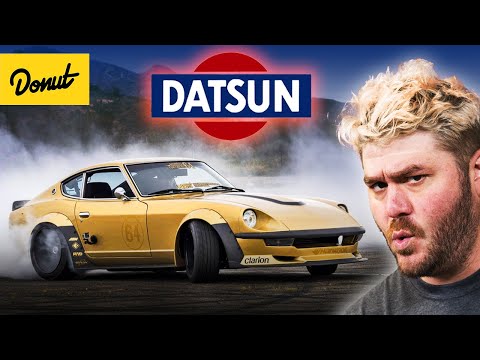 Editor's note: For illustration purposes, the photo gallery shows images of the Datsun redi-Go, which was built in Chennai, India.