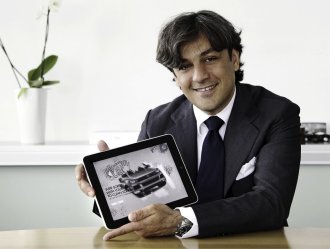 Volkswagen has made a real marketing step into the virtual world, by creating a digital brand magazine as an application for the iPad, with the move being the first in the automotive world.The new magazine is dubbed DAS., with the name standing for Digital Automotive Space. The innovative information platform will be published quarterly in five languages and will be offered throughout Europe.

“Volkswagen is the first automaker to develop a digital customer magazine as an app specially for the iPad. The innovative digital product which goes by the name of DAS. lines up in good time for the launch of the new Apple product in Europe,” stated the press release.

The app was specially developed for the iPad and was designed to transform the user into a player, allowing him to enjoy the magazine’s themes in the virtual reality, using the familiar functions of the iPhone.

“Five chapters tell stories from the Volkswagen world. Volkswagen makes comprehensive use of the iPad’s digital potential. The 360° images, for example, give the user a realistic impression of technical features on the Volkswagen Touareg such as "Area View",” stated the press release.

In addition to that, VW will launch an Internet version of DAS., which will be published from the end of June and will offer the possibility to integrate content in on-line social networks.

"DAS. is an important building block in Volkswagen’s digital marketing strategy and gives us the opportunity for an interactive dialog with our customers. Our goal is to transmit the fascination of the brand and its products in a new digital dimension, creating a global experience," Luca de Meo, Head of Marketing at the Volkswagen Passenger Cars brand, said at the launch of the iPad app.