2 Ford Genuine Parts Better than Copies
Up Next

Dark Side of China: $45Bn Worth of Fake Parts to Flood the Market 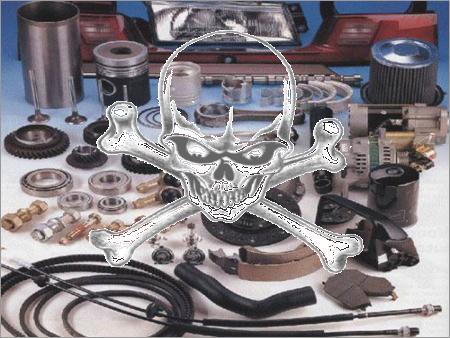 When China became the largest auto market in the world not so long ago, following a remarkable climb to the top, the world seemed to have forgotten one key aspect, a label which has stuck to the world's largest country with the same determination GM circled around the US Treasury in its darkest hours: fake.

All countries and all fields of human activity are plagued by counterfeiters, who try to make a dishonest buck by copying other people's work. In China, however, probably because of its size, this plague is now stronger than ever.

For the automotive sector, fake spare parts are expected to amount to $45 billion in the year ahead. According to Automotive News China, the counterfeit parts will include everything and anything this year, from spark plugs and brake pads to oil seals and airbags.

To get a better idea of how much $45 billion worth of fake parts is, it's enough to say that out of the total volume of fake spare parts in the world, 85 percent originate from China. To complete the picture, the Automotive News report says that the rest of the fake spare parts come from Taiwan and Thailand (five percent each) and Japan and Malaysia with two percent each.

There is no actual count of companies producing knock-offs, but regardless of their number, each and all are very busy conducting their business. For instance, a knock-off oil seal facility was responsible last year for manufacturing 10 million units last year.

Of course, the counterfeit parts market is still encouraged by the behavior of the consumers, who still choose to buy spare parts from unauthorized sources.