2 Danica Patrick, No NASCAR Deal Yet
Up Next

Alonso Will Not Change Driving Style Despite Refueling Ban 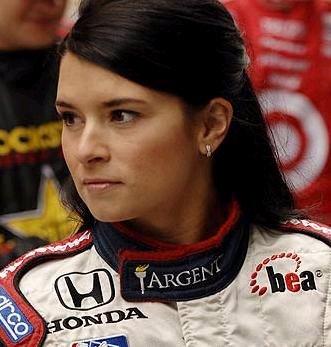 ... or this is what the infamous "source close to the matter" says. According to a report in Sporting News, the recently confirmed Andretti Autosport driver will run 18 races in IndyCar, but will also join JR Mototsports for a limited schedule in the 2010 Nationwide Series.

An official announcement on the matter is expected to be made today, at 1 PM ET, the time when supposedly her car, crew chief and schedule will also be made public. According to the source, the announcement will be made by Dale Earnhardt Jr.'s sister, Kelley, who manages day-to-day operations of JR Motorsports.

As for Patrick, she announced in late November she has signed a one-year extension with Andretti Autosport.

“I'm happy to be able to announce that I'm returning to Andretti Autosport. Michael Andretti has helped me become a better driver and we hope to accomplish a great deal during the next few years together,” Patrick said back then.

Her expected move to NASCAR was deemed earlier in November by part-owner of JR Mototsports, Rick Hendrick, uncertain.

"She's going to drive stock cars for somebody, someday," the other owner, Earnhardt told NASCAR. "It's just too much of a -- look at all the Formula One guys over here checking out - the writing is on the wall for her and several other guys. I think it's exciting. She would be great for our sport. She wants to see what's up."