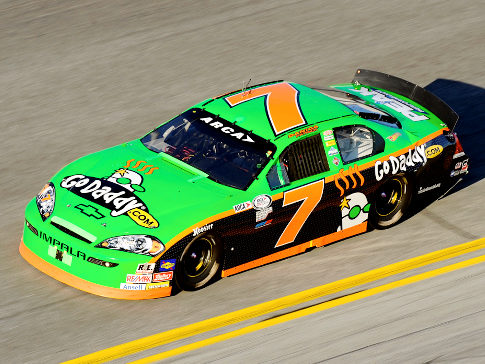 Danica Patrick made a successful debut in stock racing on Saturday, as the IndyCar racer scored am impressive 6th place in her very first ARCA RE/MAX Series outing, at Daytona.

Patrick was rather cautious in the first part of the race, as her main goal was to stay on track and avoid multi-car incidents. That all changed as the race unfolded, with Patrick emerging on the track in 6th place due to a quick and effective pit stop, shortly after the mid-race.

Once strategies came into play, she dropped back in the order, but then again started climbing to the front and into the Top 10. When trying to pass Nelson Piquet on the inside, she got hit by the Brazilian and almost lost control of her car, but eventually managed to stay on track.

That incident made her drop all the way into 24th overall, following a couple of visits to the pit lane for car repairs and tire changes. However, once everything got handled, Patrick started to climb back towards the Top 10 lap after lap, running as high as 5th at a certain point.

“I thought 'shoot we're now out of this race', why would we be out of it? The guys did a good job at doing work in the pits and getting that right so the tires didn't blow up from something rubbing. I was pretty excited to go from last to back to the top five again, and then I jumped up high and I was like 'whatever there's eight to go, who cares? Let's see who's coming with me,” added the 6th finisher.

Another important info on the last few laps of the race was that she battled for 6th place against Supercross champion and Truck Series regular racer Ricky Carmichael, whom he beat at the finish line.