Danica Patrick Confirmed for Daytona Opener in the Nationwide Series 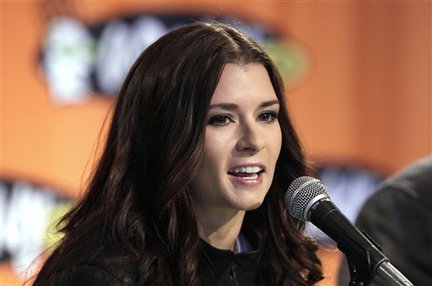 Danica Patrick's impressive stock car debut at the ARCA race in Daytona over the past weekend was proof enough for JR Motorsports general manager Kelley Earnhardt that the IndyCar racer is Nationwide Series material for the season opening round at Daytona. Although expected to miss the first race of the 2010 Nationwide Series, Patrick was today confirmed by Earnhardt for her very debut in the series next weekend.

Patrick will therefore drive the No. 7 Chevrolet for JR Motorsports next Saturday, while supported by her long-time sponsor GoDaddy.com.

“To be the one driving that Go Daddy car at Daytona means a lot to me. Racing in the Nationwide Series race was my goal during this entire two-month preparation process, but we wanted to make sure it was the right thing to do. The ARCA race was a blast, and I'm not ready for my first Daytona Speedweeks to end just yet. I want more racing,” said Patrick, according to NASCAR.com.

Patrick powered to 6th place overall in her very first stock car race of career, last weekend. Prior to that event, her JR Motorsport team announced a 10-event programme for the 2010 season of the Nationwide Series, admitting that her participating in the Daytona opener would be scrutinized in the days to come.

Obviously, the team's co-owners Dale Earnhardt Jr, Tony Eury Jr and Rick Hendrick were quite impressed with her strong run last Saturday, and didn't have a second thought about giving her the opportunity to make the Daytona grid. Her Nationwide programme this year was carefully prepares so it won't interfere with her IndyCar commitments with Andretti Autosport.

“I think Danica proved to everyone that she can compete in stock cars at a high level, and right now seat time is extremely important. She has worked extremely hard during the past two months for this opportunity. Her dedication and work ethic is infectious,” added Kelley Earnhardt.

Patrick will be joined by Dale Earnhardt Jr. in the No 88 Chevy for JR Motorsport on Saturday, after which the latter will prepare for the season opening Daytona 500 race in the Sprint Cup Series (where he'll start from 2nd place).