1 Danica Patrick, No NASCAR Deal Yet 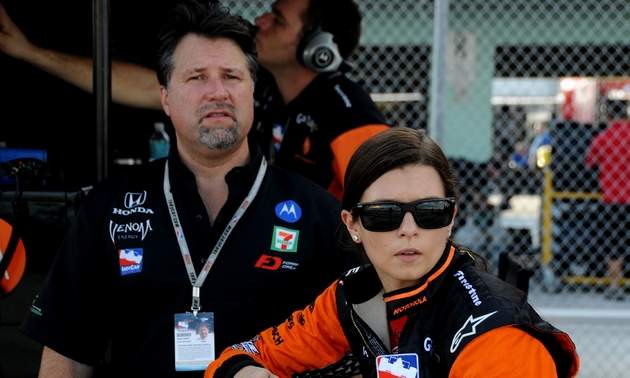 The rumors about Danica Patrick moving to NASCAR, Formula One or some other racing series out there are finally over, as Andretti Autosport have today confirmed that the only female driver to win an Indy Car event in the history of the sport has signed a one-year extension with the team for the 2010 campaign.

Patrick has been linked with several racing seats outside the Indy Car series, the ones related to a job with US F1 being the most headlined in recent months. In addition, several NASCAR teams announced interest in the highly-rated female driver, but no deal has been eventually finalized.

With the Andretti team now reorganized prior to the 2010 season – Michael Andretti will now have more decisional power within the team – Patrick will be looking to show everyone that her win at Motegi in 2008 will not remain unanswered in the Indy Car Series.

“I'm happy to be able to announce that I'm returning to Andretti Autosport. Michael Andretti has helped me become a better driver and we hope to accomplish a great deal during the next few years together,” said Patrick, who has this season become the first female driver in the history of the series to finish inside the Top 3 in the famous Indy 500 race.

Patrick will therefore join Tony Kanaan and Marco Andretti in Andretti Autosport's 2010 drivers' lineup, while the 4th seat is expected to be taken by Ryan Hunter-Reay.

“All of us at Andretti Autosport are looking forward to having Danica back with the team and are excited about working with Bob Parsons and everyone at Go Daddy as the primary sponsor on Danica's car,” added Michael Andretti.