5 Pre-order Dakar Desert Rally and Get the First Electric Car to Win a Desert Rally
Car video reviews:
Up Next

Every once in a while, I get the urge to start building a race car and find a competition to take part in. After doing the math, I realize it would be a lot cheaper to just buy a sim rig and play any video games that are focused on racing. And we're lucky enough to have hundreds if not thousands of titles to work with, ranging from open-wheel racing to rallying to underground street action.

We are just over one week away from the official Steam launch of the Dakar Desert Rally video game. On October 4, you will be able to dive into the newest virtual rally raid experience.

You can choose between the Standard Edition and the Deluxe Edition, with the latter including five future DLC packs with new vehicles, a new map, and two new rally events. You can experience the game on multiple platforms, including Xbox One, PC, Playstation 4, and Playstation 5.

If you're reading this story, you probably have at least some knowledge regarding the world-famous Dakar Rally. This event was formerly known as the Paris-Dakar rally, as it had competitors racing for 6,200 miles (10,000 km) from Paris in France to Dakar in Senegal.

182 vehicles took part in the first event in 1979, but only 74 of them managed to go all the way. It's no wonder that this is one of the most challenging races ever invented. After the 2008 rally was canceled, the event moved to South America between 2009 to 2019.

Starting in 2020, it was relocated some 6,835 miles (11,000 km) to the east in Saudi Arabia. There are five different classes in the Dakar Rally: motorcycles, trucks, cars, quads, and UTVs. And you get to experience every single one of them in the upcoming video game.

You don't get to see that very often, as most games are either centered around cars or motorcycles. But you rarely get to see both and more in the same place. All the vehicles, riders, sponsors, and locations featured in the game are just as you'd see them in real life.

We imagine that this game will do wonders for both Dakar fans and people who are not yet into the sport. This isn't the first game based on the grueling endurance race, but it might just be the biggest one yet.

Once you enter your first stage, you might get some Assasin's Creed Origins vibes given the desert environment. And that game had a big map to say the least: 31 square miles (80 square km), to be more exact. GTA 5 relies on both land and water to get up to 29 square miles (75 square km).

Games like The Crew 2 take that figure further up to almost 2,000 square miles (5,180 square km), but that still doesn't come close to the Dakar Desert Rally adventure. While Saudi Arabia covers an area of 830,000 square miles (2.15 million square km), the in-game map is a scaled-down version of the country measuring 7,722 square miles (20,000 square km). That should be enough to provide seemingly endless hours of racing, seeing that all Dakar vehicles have a speed limit imposed by the regulations.

That's not to say that it won't be fun to jump around on the dunes. Because going over one at speeds of 112 mph (180 kph) will be tremendous fun unless you miss your landing and destroy your ride. There are three modes to choose from - Sport, Professional, and Simulation.

If you've ever played any kind of racing game before, you should be able to do fine in Sport mode. But once you select the next level, things become a bit more complicated. You'll need to watch where you're going by following the roadbook, as missing any waypoint could take you out of the race.

This game mode is bound to be exciting for anyone with previous rally raid experience, but it might be a bit tough on those who have always relied on Google Maps or Waze to drive around in real life. That being said, the Simulation mode should be even more hardcore.

Crashing in Sport mode isn't all that bad, but doing so in Simulation will lead to more serious, albeit virtual, consequences. There are three seasons included starting from 2020 up to 2022. And with over 150 vehicles at hand, it's not likely that you can get bored of playing anytime soon.

The in-game visuals are superb, and it feels exciting to see both the mountains and the sea. But what might feel like a peaceful scenery for a moment can turn into a lightning show the next. Honestly, when the thunderstorm started, it all felt like racing on Planet Exegol from Star Wars. And it does seem like the rain will affect grip levels, but we doubt that it's as bad as it would be in real life.

After playing the game for about two hours, we realized that keeping the graphic settings on Epic might not be the best idea. It seems that a four-year-old gaming laptop just doesn't have what it takes to keep everything running at optimum speed.

But cutting down on visuals made that problem go away, and the gameplay should always come first in this industry. We'll be back with a more detailed review of the Dakar Desert Rally as soon as it goes live on October 4. 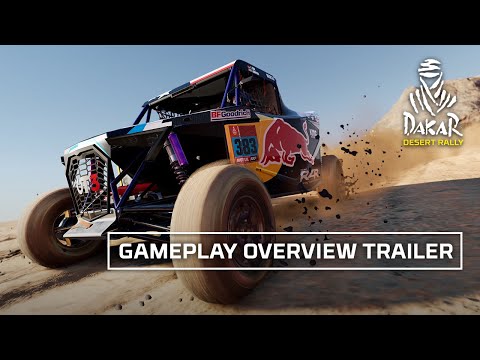 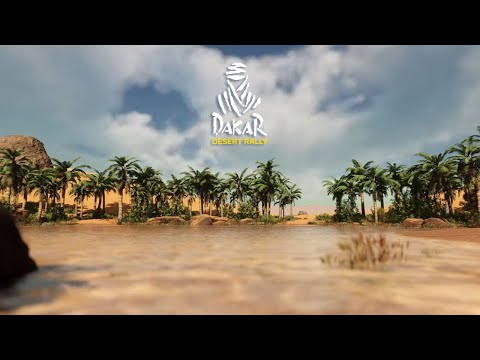