1 Dakar Desert Rally Video Game Launches October 4th, Is Much Bigger Than You Would Expect

A few weeks ago, we got our first taste of the new Dakar Desert Rally video game. But we only managed to play it for a couple of hours, just enough to provide you with a brief description of what it feels like. Since that moment, we've doubled that playtime and we can now delve deeper into the world of racing through Saudi Arabia at speeds of over 110 mph (177 kph).
28 photos

Now, we've said it before and we'll say it again. Dakar Desert Rally offers an impressive line-up of vehicles to choose from motorcycles, trucks, cars, quads, and SSVs. As of now, there are over 150 vehicles included in the game. But we are under the impression that future DLCs will bring even more to the table. When the going gets tough, the tough get going
This diversity allows the game to be attractive to a wide audience, but it also guarantees that you won't get bored anytime soon. If you don't like the handling of the quad, just switch to a truck and notice the differences.

And you just have to love diversity. It gives you the freedom of choice, and it leads to a more authentic Dakar experience in the process. Almost four hours into the game, we've tried them all. At first, we spent a lot of time riding bikes.

Jumping over dunes at high speeds is quite exciting if you land it right. If there's one thing we recommend when playing this game, use a controller for a more engaging and dynamic experience! We switched to a quad, as we thought that might be a lot more exciting.

But once you fall off of it a few times, you're going to want to move on to the next class of vehicles. We only used the quad for one stage, but it might grow on us in the future. As we've previously mentioned, the game has three different modes: Sport, Professional, and Simulation.

A journey, I reflected, is of no merit unless it has tested you

Choosing sport can be a good way to rack up experience points and credits which you can use to purchase other vehicles. This head-to-head format will allow you to have fun, even if you're an inexperienced driver or navigator. The waypoints are visible from miles away, just be sure to drive straight through them before you move on.

The Professional mode felt a bit scary at first, as it can be difficult to drive with the pedal to the metal and also follow the roadbook. If you've driven on this stage in Sport, you might be able to memorize the waypoints by heart, but that kind of sounds like cheating. After a while, you'll get used to listening to your codriver and finding the next waypoint.

A neat little trick that we've found is that you'll sometimes come across a competitor and you can just follow him for a while if you're too confused. All in all, the Professional mode provides a much more immersive experience. And this kind of challenge is also more rewarding and life-like.

We've yet to reach Level 25, which provides access to the Simulation mode. But we're keen to get there as soon as possible to see what that's all about. In a strange twist of events, we enjoyed driving a big truck a lot. Good drivers have dead flies on the side windows
These things are not slow at all, but you have to pay attention to tight turns and jumps as you can roll them over quite fast. Hauling through the desert at speed of over 100 mph (161 kph) in these huge vehicles is something most people would've never thought they would live to do, so that might be why it's so fun to give it a go.

While going through one of the stages in Professional mode, we were warned that there's a speed limit up ahead. It turned out to be a checkpoint where you have to stop to get your timecard stamped. That's a neat little trick that we weren't expecting.

And it gives you a sense of accomplishment that you figured out the route to get there. And it's not always an easy drive. You can be going full speed in one direction, and then you have to make a sharp left through a river. If you aren't paying attention 100% of the time, you'll never make it to the finish line.

One other interesting gameplay aspect is that some stages can be quite long. It's exciting to see that you've been driving for over 60 miles (96 km) before finishing one, and with every new challenge you realize how gigantic the map is. I'm not lost. I'm exploring
Some Dakar fans were afraid that a Free Roam Mode isn't available for the game, but there's an update coming quite soon that will allow that to happen. To make things even better, a Replay and Photo mode are coming along as well. It would have been a shame not to have a photo mode with such an impressive landscape.

After driving a few stages in the truck, we switched to Andreas Mikkelsen's Overdrive OT3. The Northern part of Saudi Arabia provided some new stages to play on and we choose a snowy one called Halat Ammar.

Going through the canyons we were tempted to slow down and just enjoy the sights. This doesn't have to be a racing game all the time. With 7,722 square miles (20,000 square km) of Saudi Arabia included, why not opt for tourism instead? Once the Photo mode goes live, we're bound to see thousands of amazing shots being published by players all around the world.

But going back to our SSV, you'll notice that it's more maneuverable than the truck is. But it's also a lot more sensitive. We had to repair it twice during a 10-minute stage, but then again we got carried away with the speed and hit a few objects down the road. Only those who dare to fail greatly can ever achieve greatly
Soon after, we wanted to check out some of the vehicles in the game. And we couldn't resist the temptation of driving the Audi RS Q e-tron. Going to the showroom is a good way of teasing the upcoming drive, as you can rev the engine, open the doors, toggle the lights and also look at the cars from all angles.

Audi's electric Dakar racing vehicle is a blast to drive through the dunes. It's probably one of the fastest cars in the game, and it also looks stunning going at full speed through the stages.

Remember, you get extra points for doing that but beware of big rocks and opponents that could damage your vehicle. Going back to the garage, we realized that there is a Classics section we had overlooked. And that's where we discovered Ari Vatanen's Peugeot 405 T16 "Grand-Raid" race car.

So far, this might be the most exhilarating vehicle in the game, thanks to the engine and exhaust noise and abundance of flames coming out the back. It's not the prettiest or the most maneuverable one, but it can hit speeds of 130 mph (210 kph) which will leave everyone else in Sport mode in the dust. When you win the Dakar, it's all worth it
If there's one thing we didn't like about the gameplay, it's the starting procedure. It feels a bit too repetitive and long, and, strangely, you can't control the start yourself as with any other racing game.

Speaking of graphics, if your computer can take the highest settings you're going to be a happy man. Anything less than that won't be as good, but the diversity of the landscape will make up for lost details.

The game's soundtrack seems slightly generic and a bit repetitive at times. But then again, we are comparing it to some classic games like Need for Speed: Hot Pursuit 2 which had an epic lineup of songs and artists. The soundtrack isn't a deal breaker for us, but that might be something the developers could improve for future titles.

Two hours into the game, we had mixed feelings about it. It looks great, but the soundtrack isn't as good. The diversity of vehicles is impressive, and there's not a lot more you can ask in that regard. Four hours into the game, it feels like a completely new experience and you can't wait to go through all the stages. By God, how long is it going to take to do that?

We are dying to access the Simulation mode and see what that's all about, and we're equally as ecstatic about the Free Roam and Photo Modes. Playing online might make things even more exciting, and we'll certainly try that out soon.

At this stage, we want to play more and we can't help but think that a steering wheel and pedals would make it even better than it currently is. The game launches on Steam today, but we'll be back with another story in about a month or so. Let's see how our perspective changes over that period.RATING: 80/100 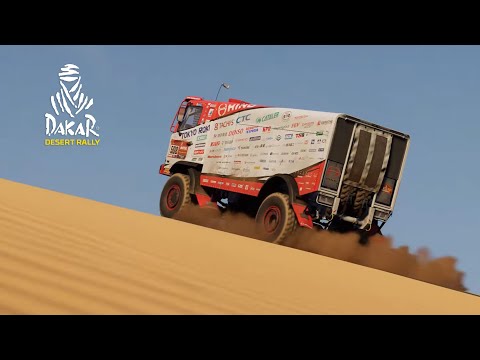 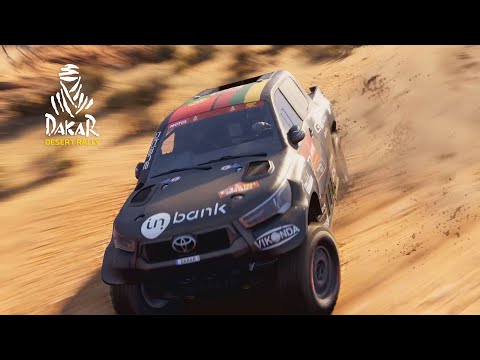