1 Mercedes And smart Offering EV Charging Points in the UK 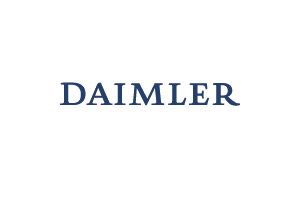 As its growth in the Chinese market continues, with several joint ventures between Daimler and Chinese companies having been setup this year alone, the German carmaker will not oppose any Chinese investors.

On the contrary, according to Bodo Uebber, Daimler’s chief financial officer, an infusion of Chinese capital will be more than welcome. In an interview with Boersen-Zeitung, cited by Autonews, the CFO says this would further strengthen Daimler’s position in China.

Only in late May, Daimler announced it has signed a contract for the creatoion of a new joint venture for the development of an electric vehicle in China together with local carmaker BYD.

The new company, which will be named Shenzen BYD Daimler New Technology. The two companies will invest $87.8 million to create a new generation of Evs, which will rely on Daimler’s know how in electric vehicle architecture and safety as well as BYD’s battery technology e-drive systems.

"Our new joint venture is well positioned to make the most of the vast potential of electric mobility in China. We are fortunate to have excellent joint venture partners in China and the establishment of this research and technology center with BYD adds another dimension to our growing presence in this important market," said Dieter Zetsche, Chairman of the Board of Management of Daimler AG.