3 BMW and PSA to Work Together on Carbon Fiber Tech 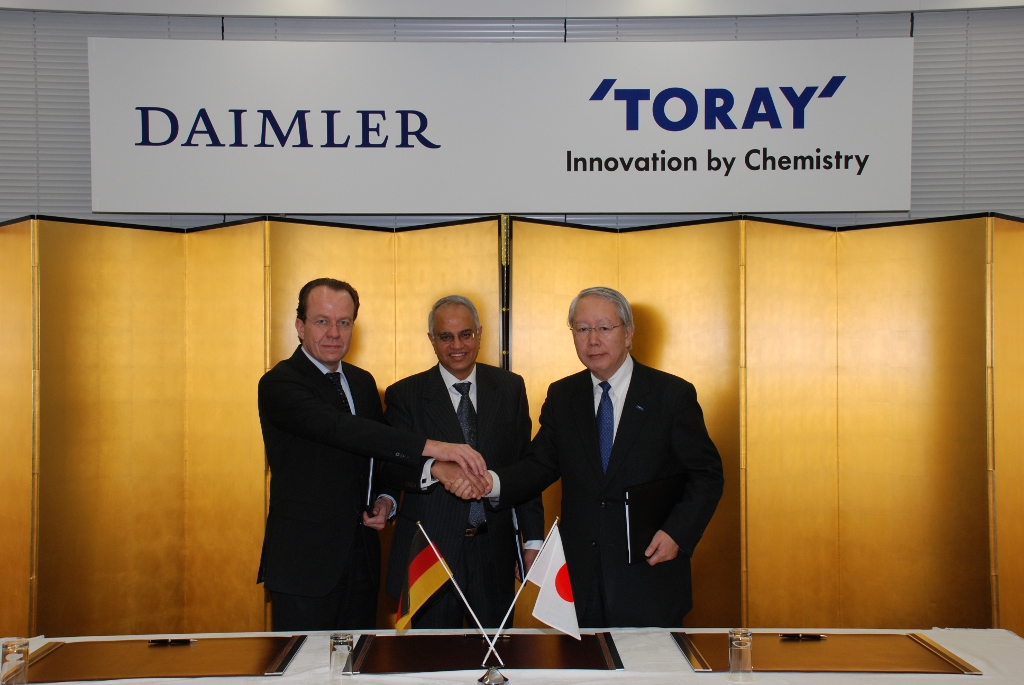 The tie-up between German group Daimler and Japanese carbon fiber manufacturer Toray Industries, announced as a response to the BMW-SGL partnership back in April last year, is growing stronger, with the two companies revealing today the establishment of a joint venture which will be in charge with the manufacturing of Carbon Fiber Reinforced Plastics (CFRP) automobile parts.

The signing of the contract, which will form the basis of the partnership, took place today, after a technology for the mass production of the parts has been under development for the past several months.

The first parts manufactured by the new joint venture will begin rolling off assembly lines and get into Daimler vehicles next year, with the first vehicle likely to use them being the 2013 Mercedes Benz SL-Klasse.

The plant which will be in charge with creating the new parts will be located in Esslingen, Germany. Whereas at first the parts will be more used in sports car, as soon as the new JV (whose name is yet to be decided) begins mass production, the reduction in cost is hoped to allow the integration of these parts into regular passenger cars as well.

Using carbon fiber as materials in cars is the latest trend in the industry, spearheaded by BMW and Daimler. The advantages of these materials over steel or aluminum is obvious, as carbon fiber parts are as resistant as they are lightweight.

“Reducing the vehicle weight for boosting fuel efficiency is an important issue in the automobile industry. The move towards adoption of carbon fiber is expected to soon gain momentum as a solution for significantly reducing the automobile body weigh,” Daimler says in a statement.