2 VW to Switch Focus to Algeria

3 From Dacia 1300 to Dacia Logan/Duster. The History of a Controversial Brand

Daimler to Manufacture Trucks and Buses in Algeria 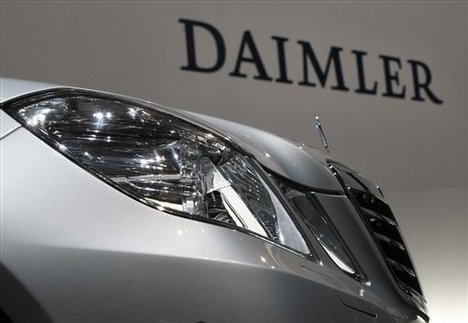 The expansion of the production lines of German auto maker Daimler into markets that provide a better economic environment was crowned today by the announcement regarding a new assembly facility which will be erected in Rouiba, Algeria.

The company formed by the two will be in charge with managing the assembly facility, while the German auto maker will be responsible with supplying vehicle parts for the trucks and buses to be built there. The financial aspects of the new deal were not announced, nor were the exact models which will be produced at the new assembly facility.

“We are strengthening our presence in North Africa and exploiting the Algerian market’s growth potential for vehicles of all kinds,” said Peter Alexander Trettin, the man in charge with the sale of Mercedes-Benz vehicles in Central and Eastern Europe, Africa and Asia.

“The project also helps us to make a positive contribution to Algeria’s economic development. In this way, Daimler is creating new jobs in Algeria and safeguarding jobs at our German plants.”

Today's agreement comes after in 2009 Daimler and the Algerian government agreed on another partnership, under which the Germans are supplying modules to an assembly plant in Tiaret. The modules are used for the assembly of several Daimler vehicles, including Sprinter, Unimog and G-Klasse vehicles.