4 Mercedes-Benz is the Most Desired Brand by... Car Thieves in New York City

Home > News > Industry
Alex Oagana
Daimler AG has quite a few reasons to be very proud of what is essentially the crown and jewel of its ever increasing array of manufacturing plants.
1 photo
So proud, in fact, that they've released a YouTube marketing video depicting how some of the most important Mercedes-Benz models are being made at the Sindelfingen factory - the oldest, largest and most filled with technology assembly plant of the three-pointed star brand.

The factory site is home to the manufacturing of some of the most important Mercedes-Benz models as well. Over 22,000 employees usually build the C-Class, E-Class, S-Class, the CL, the CLS in its “coupe” and Shooting Brake form and last, but certainly not least, the SLS AMG and all its variants. All these models make up for almost half a million vehicles built in a single year, in a single plant.

The following video represents a nicely-edited glimpse of what it means to work in creating some of the most desirable cars in the Mercedes-Benz range. Whether those workers' smiles were there mainly because of the cameras present or they are really that happy is, of course, debatable.

On the whole, though, the high level of technology put to work in Daimler's Sindelfingen plant is obviously not edited into the movies, especially since the plant received around 1 billion Euros in investments this year alone. 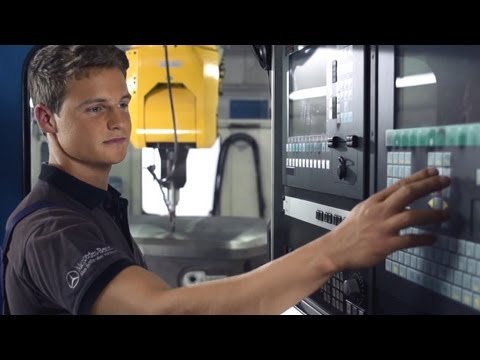