1 2022 Dacia Jogger Disappoints in the Moose and Slalom Tests

5 Dacia Has Different Strategy for Emissions Reduction, Will Keep Costs Down
Car video reviews:
Up Next

Dacia's Jogger Was Designed Using a CAVE, It's Not What You Think at First

Dacia has revealed one of the tools that were used to develop its new MPV, the Jogger. While the vehicle was unveiled in September 2021, at the Munich Auto Show, the company's complex tool that helped develop it was a closely guarded secret.
9 photos

Now, once we have all passed all the name jokes through our systems, it is time to understand what this system does. It is described as a modeling platform, which engineers use to test various ideas, especially where to place things in the interior, after having people “test” the car in a life-like simulation that was done with virtual reality.

CAVE has five walls, and ten projectors, and it generates six million pixels, which means that the setup has the same resolution as the human eye.

That sounds like the best VR gaming setup in the world, but that is the only thing that the system does not do. Despite the high number of projectors, people still need to wear 3D helmets inside the system's viewing space.

From previous interactions with Dacia, we know that the marque has been using virtual reality in the development of its models, but the new system is more advanced than any of its previous setups.

The biggest difference from previous setups was not the performance of the computer, but the fact that the company had a group of 13 consumers chosen to try the design, including the third row of seats, in virtual reality.

As you can imagine, if you ever get selected for something like this, the company that allows you to experience a product years before it is on the market will require you to keep it a secret.

That means more than not trying to bring your phone to a presentation, but also never revealing anything you see or hear to people outside the company, or otherwise risk facing the consequences of the non-disclosure agreement.

According to Dacia, thanks to those tests, the third row of seats in the Jogger was moved forward by 20 millimeters (about 0.79 in) after people experienced it in virtual reality.

Unlike conventional prototypes, the system used by Dacia allows engineers to make proposed changes immediately, evaluate them, and then choose the best direction.

By using this system instead of creating prototype after prototype, and then changing things on them according to feedback, Dacia was able to save an estimated two million Euros (ca. $2,155 million) per year.

In the future, the CAVE system will be improved to allow multiple people to interact with a single object, each from an individual point of view, as if they were all in the same car together. 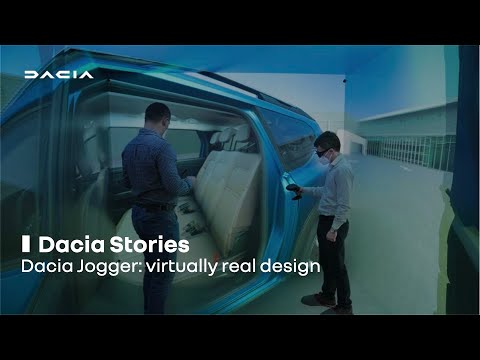