3 Dacia Duster on the Snow

Ecclestone Will Not Charge Bahrain GP Any Money for Axed Race 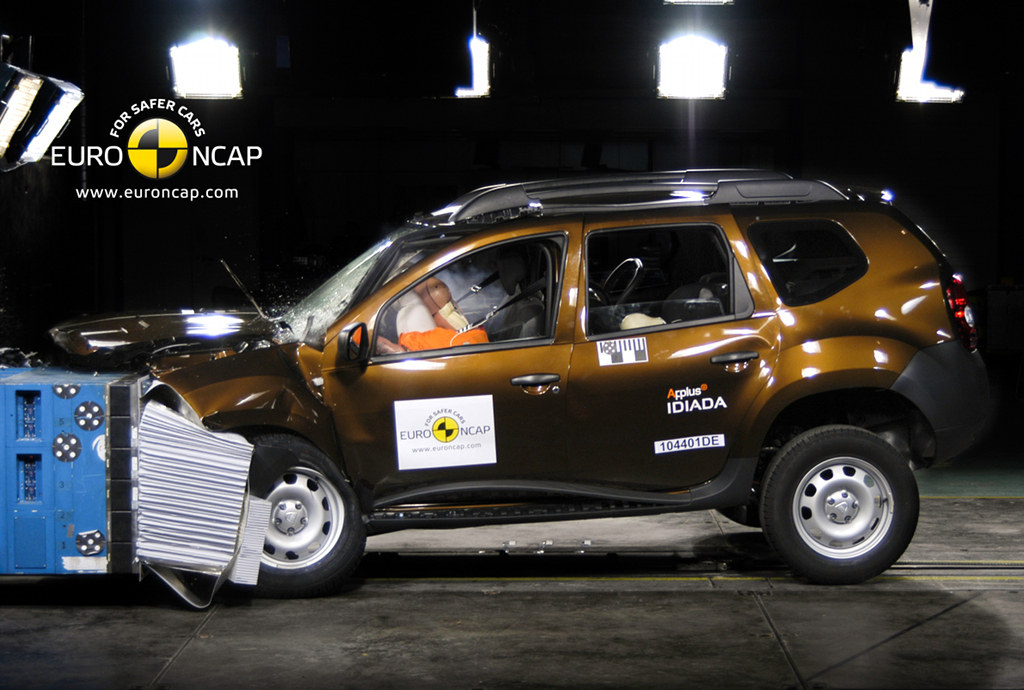 Dacia's first-ever SUV, the Duster, only scored a 3-star rating in the latest Euro NCAP crash tests conducted in Europe, just like the Logan sedan it is based on. Although a crossover SUV and believed to provide enhanced safety to passengers, the car received 27 points for adult occupant protection (74 percent), 38 points for child occupants (78 percent), 10 points for pedestrian (28 percent) and 2 points for safety assist (29 percent).

The European safety institute says the Duster reacted pretty well to the front crash so the passenger compartment remained stable. However, the trunk lid opened during the test, while protect of the chest for both front passengers was marginal. Furthermore, some parts of the dashboard could cause injuries.

During the side barrier impact, the Duster once again performed badly, as the door opened and the car was penalised once again.

In the case of pedestrian protection, the Duster was far from today's safety standards, as Euro NCAP decided not to offer points for the bumper or the edge of the bonnet because protection to pedestrian legs was poor. "The bonnet provided good protection in most areas likely to be struck by a child's head, but was predominantly poor in those areas where an adul't head would hit," said Euro NCAP.

A press release rolled out by Euro NCAP emphasizes that, although designed and sold also under Renault's own badge, the Duster is far from what we're seeing in the models developed by the French manufacturer,

"It is disappointing that a mother company like Renault does not give safety the same priority in Dacia cars as it does in cars sold under its own brand."