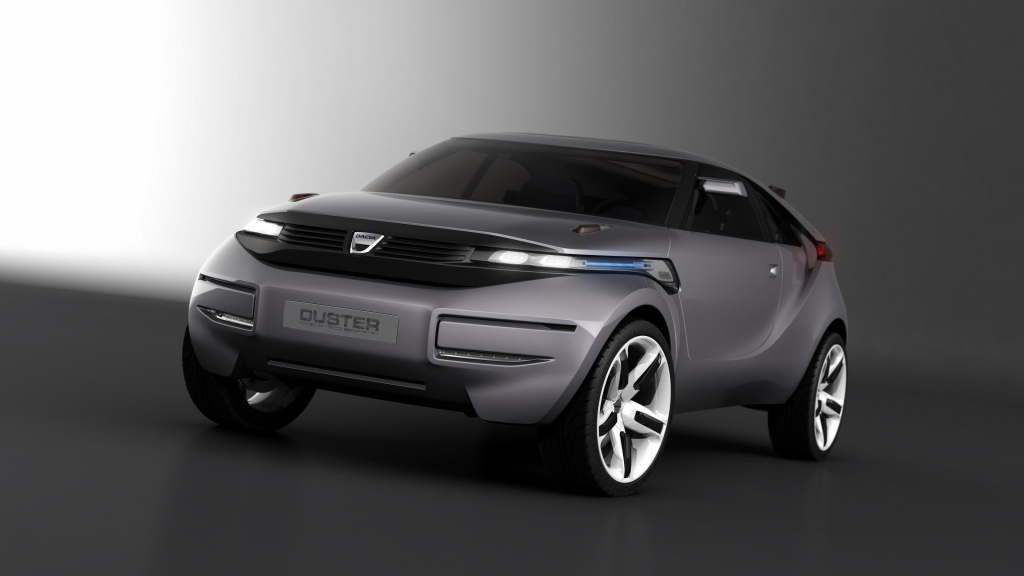 Almost a month ago we showed you some leaked images which were scanned from a bunch of teaser shots depicting a new Dacia Concept. Well, time passed and with it some new details emerged, such as the concept's name – Dacia Duster. Then some more time passed and we can now reveal the complete pictures of the car, its specifications and an official short video of it.

The Duster Concept is Dacia's first ever crossover, if you don't count some ill-fated inhouse projects from the 1980s. A combination between a compact SUV, a Multi Purpose Vehicle (MPV) and a hot-hatch, the Duster actually depicts a future production model to be built by Dacia starting with 2010.

Of course, the production version's only things in common with the Duster Concept might remain its four round wheels, the overall size and architecture and probably some interior ergonomic ideas. Still, as far as family-friendly concepts cars go, this doesn't look half-bad.

Some of our UK readers may find a rather peculiar connection between the "Duster" name and a terrible ARO 10 model which was sold in Great Britain badged as a Dacia some years ago.

The 4.25m long crossover concept has a mildly interesting way of arranging its doors, taking some cues from the Mini Clubman. On the driver's side there's a single wide door, while on the passenger's side there are two of them, arranged in a front-hinged/suicide door architecture.

The overall size of the car would make its production versions go head-to-head with the Fiat Sedici/Suzuki SX-4 compact crossovers, most likely sporting a similar 10-15.000 euros price range - give or take a thousand. With some not so off-road friendly 21 inch "dubs" sporting Michelin tires, the car is 4.25m long, 1.64m wide and has a height of 1.49 meters.

With 65cm and 80cm front and rear overhangs respectively, plus a huge 2.80m wheelbase, the Duster Concept would have looked and behaved battle-ready if it wasn't for those meddling supercar-like wheels...

The car's design is the first fruit of the cooperation effort between Renault's Technocentre and the new Romanian Bucharest-based Renault Design Central Europe. It sports a Clio/Megane sourced 1.5 dCi engine, offering 105 hp and a combined fuel consumption of 5.3 liters per 100 kilometers (US 44.4 mpg). Expect a very toned down production version in about a year from now.