Renault Group keeps adding new engines to the Duster crossover. After the 1.3-liter turbo and revised 1.5-liter diesel, we now have information about an LPG model.
4 photos

The short press info we managed to obtain says the gas-burning Duster is aimed only at the French market. However, we've discovered a small test drive event organized in Italy as well, along with a Twingo Turbo GPL model.

LPG or "GPL" as they call it in Italy, is short for liquefied petroleum gas. It's quite popular in countries where regular petrol can be too expensive. Also, it's a viable green alternative, emitting fewer greenhouse gasses. As a result, VW Group recently launched brand new 1.0 and 1.5 turbocharged LPG systems with much larger tanks.

However, the Duster doesn't get anywhere near as advanced tech. The car is equipped with its primary 1.6-liter engine making 114 horsepower, and the low torque of only 156 Nm has been said to negatively impact the driving experience, especially in Eco mode.

Your only gearbox option is a 5-speed manual sending power to the front wheels. Of course, even though it burns two types of fuel, the Duster LPG still complies with the Euro 6d emissions regulations.

Refueling is done via a second cap under the same filler flap on the right side of the car. And because the fuel is way cheaper, a full tank of LPG costing 22 euros will last you for an impressive 400 kilometers.

From an aesthetic point of view, the Duster looks 100% the same. The gas system installed from the factory is much safer than aftermarket alternatives and doesn't impact luggage or passenger space in any way. Also, prices are quite reasonable, starting at around €13,500, or just 500 euros more than a base 1.6 model. As for the Renault Twingo, all we can tell you is that it uses the familiar 0.9-liter turbo and experience a 3% drop in performance, so it's still rated at 90 HP because it can run on petrol some of the time. Here's some Italia footage, if that's any help. 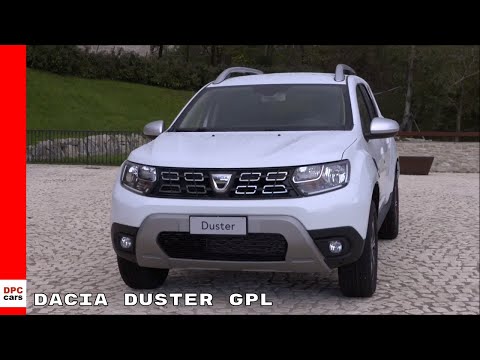