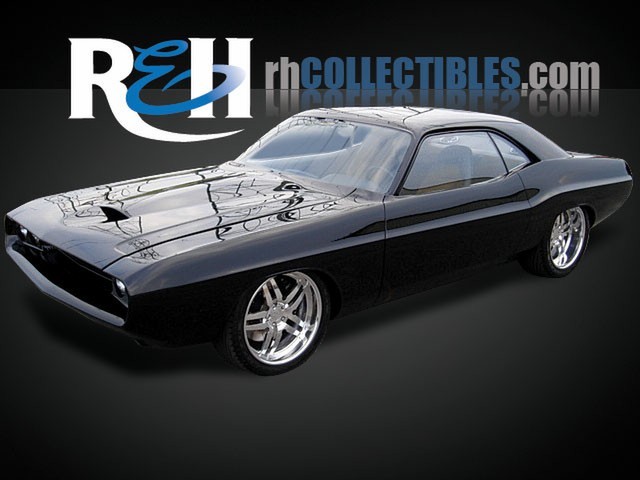 Good looking as it might be, the new Challenger somehow isn’t enough for the die-hard fans of the old model. That’s why Dave Salvaggio designed and built this 1970 Challenger to be one stunning piece of art.

When it started life, this car was a Plain Jane slant six (an inline six-cylinder). However, the model has received a top to bottom going-over, from the bolts that hold the wheels in place to removing the door handles.

On the outside, the designer wanted to achieve a cleaner look for the car. Thus, the roof rail moldings, door handles as well as other trim pieces have been shaved off and the car looks so much better for it. New flush fitting windscreens and side and rear windows were installed, replacing the factory glass. The wheel arches also had to be reconstructed in order to fit bigger rims.

One of the most striking features of the car is the hood that has a built-in scoop. It was constructed entirely by hand, together with the taillights, bumper and front fenders. The fuel filler cap has also been moved and replaced with a custom one. Finished in a pear black color, and a couple of coats of olive and sandstone pearl on top, the cat is striking in every way.

Power for this one-off comes from a 426 Hemi V8 from Mopar Performance that was equipped with custom headers, custom exhaust and a Hillborn EFI unit. The engine that is rated at 575 hp (429 kW) was mated to a Tremec TKO 600 transmission.

The car now comes with four-wheel independent suspension and coilover springs. The custom vehicle also sits lower to the ground on Symbolic TS15 20-inch wheels covered in Pirelli P-Zero tires, 245/35/20 at the front and 275/35/20 at the rear.