1 Cupra Asked for a Folding E-Bike and Got This Trendy, Stable, and Comfortable Two-Wheeler

2 Price Released for Cupra Born, Matches That of the Range-Topping Tesla Model 3

4 Cupra UrbanRebel Is Much More Than a Concept, Sounds Like an Angry Mosquito on the Track

5 2022 Formentor VZ5 Launched From €61,650 as the Most Powerful Cupra Yet
Car video reviews:
Coverstory

CUPRA, the Spanish brand that used to be a division of SEAT, has presented its strategy for 2022. They decided to do so on the day of the Palindrome, which is February 22, 2022, or 02.22.2022, if you prefer the latter format. Their plan is called CUPRA2, which stands for CUPRA squared, and it involves doubling the line-up and doubling sales.
8 photos

The two objectives described above are just a small part of what CUPRA's plans involve, as the Spanish company has also announced the launch of Metahype. The latter is described as a new "collaborative space in the metaverse."

As we understand from CUPRA's presentation, it is like a venue in the metaverse where artists could have live shows, and where events can be organized.

CUPRA will get a dedicated hub within the platform, which was developed by VISYON. Collaborations with brands such as Primavera Sound and UPBEAT, among others, have already been confirmed.

Moreover, artists will be able to display digital and physical products, as well as stream content within Metahype. Naturally, there will be opportunities to sell products, so anything from songs, merchandise, and NFTs could be traded within the Metahype universe.

As you can observe in the photo gallery, CUPRA has also imagined a virtual showroom, which would make sense if you considered the possibility of showcasing a vehicle to people who have just heard about your brand.

From there, you need to figure out a way to get them out of the metaverse and into one of your products, but that is why you have the sales department, right?

Coming back to the real world, CUPRA has announced that the Tavascan, its second 100% electrified model after the Born, will come to the market in 2024. The Tavascan was first announced last year, but no specific timeline was provided for it. Moreover, the range will also receive a production vehicle inspired by the UrbanRebel, and that model is set for a 2025 release.

The CUPRA UrbanRebel will also lead to an NFT, which will be auctioned, and the successful bidder will be one of the first pilots of the CUPRA2 Experience. The latter will be a new kind of racing experience, which involves driving real vehicles in virtual environments. That sounds like sim racing in the metaverse to us, but maybe we have it all wrong. 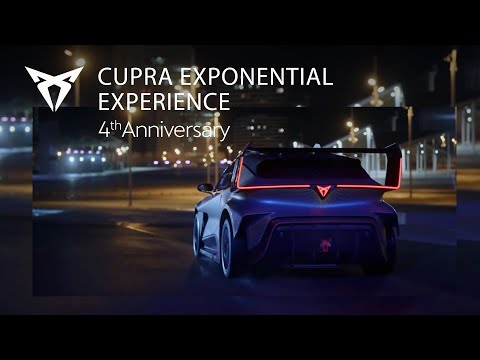