5 The Inkas Bentley Bentayga Is How A $500,000 Armored SUV Looks Like
Car video reviews:
Coverstory

The name Inkas is no stranger to the world of thoroughly protected high-performance luxury vehicles – having been set up in Toronto, Canada, some 25 years ago. Its security business thriving, the group of companies quickly expanded into the prolific world of armored vehicles and has established a name for itself in the business.
10 photos

And do not think that because armored vehicles are a small niche there are no preferences – Inkas itself has expanded its offer to include armored SUVs, sedans, cash in transit models, special purpose options and even limousines. The newest addition is none other than Mercedes-AMG's own G63 off-roader.

For this occasion, the latest model has been transformed into a veritable battleship even Maybach would be envious of. Or the crew of a tank, for that matter. Anyways, the new 2020 Mercedes-Benz G63 AMG VIP Limo has been reworked to a stretched length of 6,186 mm (243.54 inches), some 4,374 mm (172.2 inches) of them being distributed to the new wheelbase.

The high-performance 4.0-liter twin-turbo V8 engine capable of churning out 577 horsepower, and a respectable 627 lb. ft. of twist alongside the seven-speed auto, have been kept without further modifications – but the same cannot be said about the interior.

This is where the Inkas G63 AMG VIP Limo excels in providing the highest levels of comfort and personalization. All the while the exterior takes punishment from up to 7.62 or .308 Winchester FMJ ammunition and the under-armor is treated to a cocktail of hand grenades, the four people sitting inside could not care less.

All right, we are exaggerating a bit – the driver probably gets stressed with maneuvering out of the tight spot while the VIPs enjoy high-life in their split-partition compartment in the back. The latter is fitted with the company’s “captain’s chairs” and they watch the latest programs on the 4K television set with integrated Apple TV subscription.

Just like the rest of the Inkas Sentry Civilian limousines, pricing and availability for the 2020 G63 VIP Limo are available upon special inquiry. 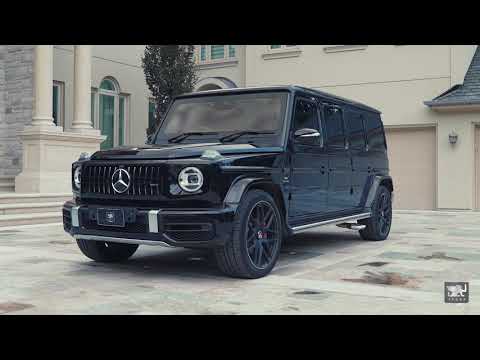