1 SLS AMG and Gullwing Displays at the Amelia Island Event

4 1931 Voisin Mylord Demi-Berline to Be Auctioned
Car video reviews:
Up Next

The WHY Yacht, Priced at $137 Million 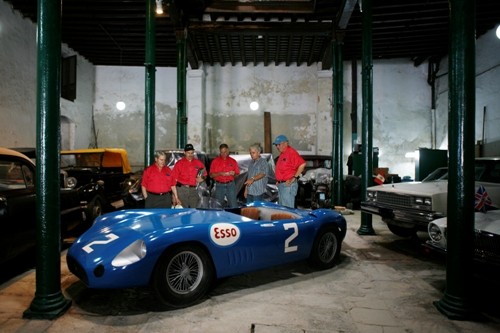 It seems that the U.S.-Cuba relations have made some progress, as Director of Deposito del Automovil (the Cuban Automotive Museum) Ing. Eduardo Mesejo Maestre has been invited to North America to judge a major U.S. automotive Concours, the 15th annual Amelia Island Concours d'Elegance. As you may know from the history books, a commercial, economic and financial embargo was partially imposed on Cuba in 1960.

"Cars are a common language among enthusiasts worldwide. The passion that Ing. Mesejo and the Cuban people have for the automobile transcends all geo-political boundaries, and we hope that this is the beginning of great things to come because Cuba has a tremendous automotive racing heritage," said Amelia Island Concours Foundation Co-Chairman and founder Bill Warner

"Our goal isn't to make a political statement, but to simply extend a hand to car guys around the world who share a bond through their love of the automobile. Ultimately, we hope that hobbyists from America and Cuba will one day be able to enjoy these cars together, car guy to car guy."

Alongside Ing. Eduardo Mesejo Maestre, other judges at the Amelia Island Concours include legends Denise McCluggage and Sir Stirling Moss OBE, winner of the Cuban Grand Prix in 1958 and also in its final year 1960. The team will judge the "Cars of the Cuban Races" class. These will include examples of the winning Maseratis from the 1957 and 1960 races, the Carroll Shelby Ferrari 410 and Phil Hill's Ferrari 335S. The Cuban Races were held only in 1957, 1958 and 1960.

Ing. Mesejo has been the Director of Deposito del Automovil for 16 years where he has become an automobile historian, while searching deeply about the unknown history of the cars in Cuba.