Crashed Tesla Plane Took Off at Own Risk 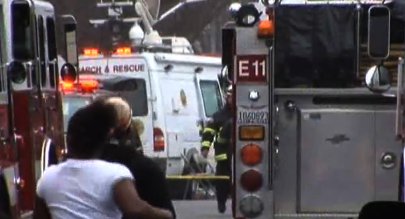 The plane crash which killed three Tesla employees in East Palo Alto on February 17 is now being attributed by investigators on the pilot, who decided to take off at his own risk, despite warnings from the Palo Alto Airport.

According to a recording of the conversation between the tower and Doug Bourn, the Tesla senior electrical engineer who was flying the plane, ground control did not clear the plane for take-off and warned the pilot the decision is his.

"I cannot clear you for takeoff because I don’t have visibility on the runway, so the release is all yours and it’s at your own risk, sir," the recording, cited by The New York Times, shows.

The investigators are also using recordings from the ShotSpotter system, a crime-fighting acoustic monitoring device operational in East Palo Alto.

“We’ll get engine propeller speed and we can plot the flight using a triangulation system,” Joshua Cawthra, the National Transportation Safety Board member in charge of the investigation said according to the source. “Hopefully we can track the flight path of the aircraft.”

According to the official findings, the Cessna 310 twin-engine plane was heading for Tesla design studio in Hawthorne, when it struck a 100-foot (30-meter) electrical tower.

The plane crashed and send debris throughout the Silicon Valley neighborhood but no ground victims were reported. According to witnesses talking for MSNBC, this was possible because the plane hit the street and no the houses around.

As a result, some 28,000 people, schools and the Stanford Hospital were left without power for about 10 hours. All three members on board (Andrew Ingram, Brian Finn and Doug Bourn) were killed during the crash.