How many times have you heard someone say that a man driving a big or expensive car must be compensating for something? We heard that countless times and every time we scoffed at the idea.
1 photo
It’s not that it’s necessarily a false presumption but the idea that all of the men driving Hummers or Ferraris are not so well ... equipped is utterly bewildering. Such stereotypes are what give today’s society its flavor, no matter what ‘politically correct’ people say.

So, in order to extrapolate, if guys driving luxurious, expensive and even incredibly big cars have small man parts, would the opposite be true? Could it possibly be true that those driving a beat down car with no windows are extremely well... endowed?

Well, the guys (or should we say girls?) from College Humor seem to think so, and they put together a funny sketch that implies precisely this theory.

The cars they chose are indeed at complete opposites of the spectrum. Even though we would’ve gone for different choices, we know that they must’ve been on a budget and had to improvise.

The ‘small dong’ man is seen driving an old Porsche Boxster 986 which is expensive but at the same time, the cheapest Porsche you can get. As a matter of fact, on the second-hand market, these cars are being sold for as little as $7,000, so that’s not all that impressive.

On the other hand, when you see the beater the other man is driving, you realize the difference between the two is more than enough to justify the comparison. Our good man is driving an ancient Geo Metro with a couple of nifty DIY improvements.

He has the ever-present gray duct tape motif featured all over the car, a cracked windshield and taped up fuel cap. Oh and that’s nothing compared to the fact that his check engine light is on, AT ALL TIMES!

That’s not even the funny bit though. The funny bit comes once the ladies in the video start getting their hands on the poor Metro. Check it out! 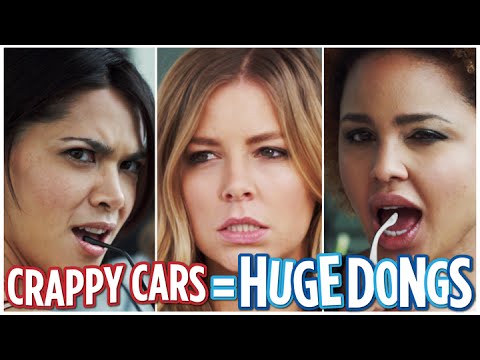