Bollini Motorcycles Go to the Land of Oz 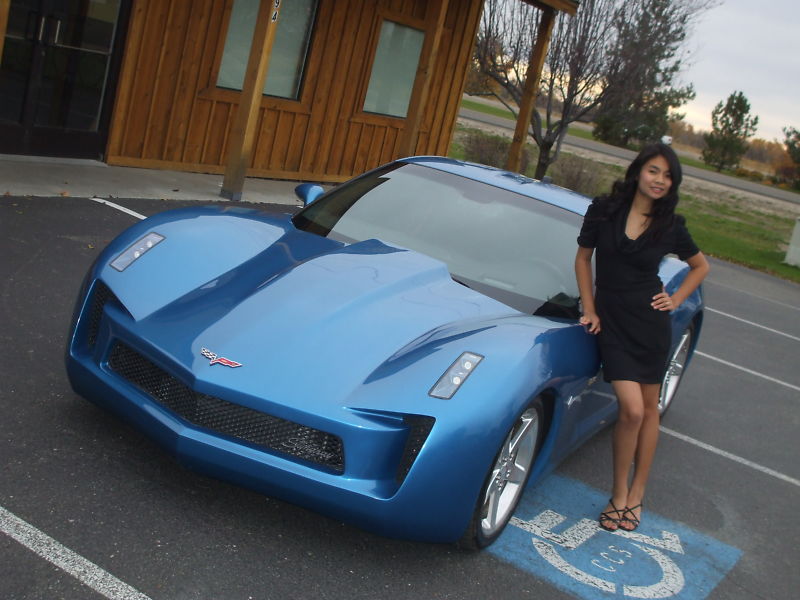 In October 2009, Chevrolet unveiled its Stingray Concept Corvette at the Chicago Auto Show. The two models it built were featured in the movie Transformers II as the Autobot Sideswipe. Neither of them were sold to the general public, so Z and M Customs have created an imitation. While the car doesn’t have gull-wing doors like in the movie, it still looks good.

When Chevrolet built the Stingray, it hoped the concept would take off and, helped by the publicity generated by the movie, make it into production. However, because there wasn't that much interest from the public and there were three models already in the 'Vette lineup, they decided to scrap the project.

The Customizers Z and M decided to build this car as a kit for customers wanting to stand out: “Now if you wanted a Corvette due to the outstanding performance, the style, and the prestige. Then you realized that any "Joe" with the down payment was driving a Vette. Thus your chance to actually stand out in a parking lot is now gone.”

The Stingray is based on the underpinnings of the C6 Corvette, including its 440 hp LS2 V8 and 6-speed automatic transmission. The body is obviously new, finished in Jet Stream blue paint and sporting LED headlights (that don't look road legal). At the rear, the car also has a set of four exhausts, just like the concept.