1 Nurburgring Sim Racing Shows How Fast the Corvette C6.R Is

2 Three C6 Corvettes Engage in a Virtual Challenge at the Nurburgring, Z06 Is Triumphant

Dragos Chitulescu
"Shoot for the moon. Even if you miss, you'll land among the stars." For years and years, I was committed to the idea of someday owning a Mazda RX-7. Naturally, an FD was all I ever wanted, but we all know how much these have gone up in price recently. So when I ended up buying an FC Turbo II, I was still quite happy that things turned out like that. After all, this could be an intermediate stage to something bigger.
31 photos

Owning some of the fastest 'Vettes ever built would be fun indeed, but then again it's not that easy to raise that kind of budget just for buying cars. So let's imagine that you've only got $50,000 to spend instead. Buying two Corvettes is still possible, but why not just get a nice one instead?

While the first Z06 first came out back in the '60s, we're thinking about something that's slightly more modern: the C5 Z06! Chevrolet introduced the fifth-generation Corvette in the late '90s, but the high-performance model would show up at the beginning of the 21st century.

According to BaT's auction history, the most expensive ones have sold for $241,000 and $140,000, respectively. The average market price this year for the C6 ZR1 was set at just over $90,000, so we were curious to see how much more affordable the C5 Z06 is by comparison.

Between 2016 and the end of October 2022, BaT has seen a total of 133 C5 Z06 listings. 103 of those were concluded successfully. And we've done some basic calculations to predict where the market is going next.

It's worth mentioning that 74 cars traded hands in 2021 and 2022 alone, so we'll be mostly focusing on these two years. The most expensive one sold so far is a 2004 Commemorative Edition model with just 11 miles (17 km) on its odometer. This car even had covers on the steering wheel and seats, and it's amazing to see it has been kept in such a good state all these years.

When it left the dealership, someone paid $57,335 for this vehicle. That would be around $82,000 in 2021 money, as the auction was completed last year. Considering storage costs for almost 20 years, the seller was probably hoping to get more than just $65,000 for it at the end of the day.

But that's the kind of risk you have to deal with if you're just focused on the business part of buying cars. Driving it might have dropped the value by quite a bit, but it would have certainly created some unforgettable memories in the process.

Chevrolet built 2,025 Commemorative Edition Z06s in 2004 to celebrate back-to-back class victories at the 24 Hours of Le Mans. And a lot of people likely expected these cars to turn a serious profit 20 years into the future.

For the past three years, these vehicles have topped the auction charts, so you might want to look elsewhere if you're running on a tight budget. The cheapest C5 Z06 on BaT sold for $23,500 in 2021, while we calculated the average price at $32,851.

If you're going to spend less than $30,000 on one, don't be surprised if it has seen some action during its lifetime with odometers going up to 50,000 miles (80,467 km) or more. And at that point, we'd recommend you take those cars to a Chevrolet dealer for a thorough inspection.

If you're planning on buying a C5 Z06 within the next few years, you should still be able to find an affordable one if you're not too picky. Sure, cars with low mileage, rarer colors, and special options will continue to become more expensive. But if you're just focused on making a profit out of the whole thing, it might be best to look towards buying a C6 or C7 ZR1 instead. 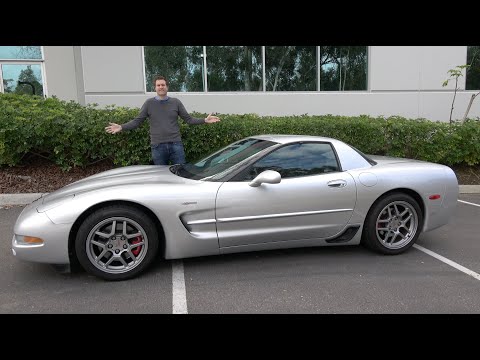 How Much Effort the U.S. Really Needs to Find and Fight a Chinese Spy Balloon