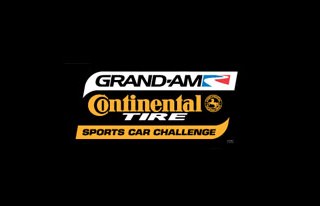 The German tire company Continental is looking to boost its image as a top performance tire manufacturer by increasing its operations in the motorsport world. After the company announced title sponsorship of the GRAND-AM Continental Tire Sports Car Challenge, the rubber manufacturer will become the official tire supplier of the GRAND-AM Rolex Sports Car Series, starting with the 2011 season.

"Continental Tire is committed to being a leading force in the motorsports community, and becoming the official tire of the GRAND-AM Rolex Sports Car Series is part of that strategy," said Bill Caldwell, vice president of sales and marketing, Continental Tire. "The Rolex series is one of the most highly-regarded racing series in the U.S., and will be a perfect format to emphasize the capabilities of our Continental ExtremeContact ultra-high performance tires. We are honored and excited that GRAND-AM has selected Continental to partner with them as the official tire of this series."

The GRAND-AM Rolex Sports Car Series represents a premier professional road racing series in North America, where contenders are divided in two classes, the purpose-built Daytona Prototypes and the production-based GT division. In the GT division fans often enjoy the neck-and-neck battles between renowned sports GT cars like Prosches, Ferraris, Ford Mustangs and Mazdas. Lately, the GRAND-AM series soared in publicity, when several stars from NASCAR, IndyCar, F1 and other international sports car series compete in the season opener, the Rolex 24 at Daytona.

"Continental Tire was selected through a stringent evaluation process to be official tire of the Rolex Sports Car Series in 2011, and we are excited that they are expanding their current partnership with GRAND-AM Road Racing," said Kevin Hindson, Vice President, Marketing and Communications, GRAND-AM Road Racing. "Continental Tire's display of its commitment to motorsports tire technology can only enhance the already-high level of competition of the world's premier road racing series."