2 Carmakers Want a Piece of the Tesla Pie, Subscription Services for Everything

5 The Cadillac Autonomous Pod Is So Cadillac It Even Has a (Virtual) Fireplace
Car video reviews:
Up Next

The Ferrari 458 Italia Is an Agile, Timeless Beauty With Firsts and Lasts

As we wind down the final days of this strange year, the world’s top automakers are heading to Las Vegas. With the eyes of the world upon them, we’ve compiled a wish list for your perusal.

Consumer Electronics Show 2022: What To See & Where To Go

The Consumer Electronics Show is one of the most important events of the year, and its worth a trip just to experience Elon’s Boring Tunnel as a way to save your aching feet. My own experiences began with Sony in 2012, when they transformed my boss’ R8 V10 Spyder into a carbon fiber endorsement of their car audio system, so we hope they will finally give their mobility project the green light.

For those who enjoy the outdoors, Brunswick Corporation is the parent company of Sea Ray, Bayliner, and the Freedom Boat Club; and they will preview five new electric solutions for pleasure boats, combining HVAC, Navigation, Infotainment, and a glimpse of carbon-zero boating we’ve been waiting for.

The push for fully autonomous hardware will be see 21 universities from around the world compete in high-speed laps at Las Vegas Motor Speedway, with the winner taking home a million dollars along with bragging rights.

Vinfast is showing the world what Vietnam is capable of, and their Global EV Day celebration kicks off Janyary 5th at 1pm Eastern. Each guest who pre-registers will be offered a $500 voucher when placing a deposit for one of their two models, and a tree will be planted in Phu Quoc National Forest on their behalf. For some reason, Mark Zuckerberg wants in on the action, so META will be offering enhanced Lidar systems along with Nanolithography. This process allows a transparent metal substrate to be bonded to any glass, offering 3D heads-up abilities, instant de-fogging, and the ability to include a massive 5G antenna.

Next up, Hyundai is offering a glimpse of their future with a skateboard chassis named the Mobile Eccentric Droid, or MobED. This comes on the heels of their first deliveries of the Ioniq 5 reported earlier this week. A glance at Stelantis will hopefully yield a production-ready version of the Chrysler Airflow concept, because their luxury brand will be down to three models once the 300 (and the L/X platform itself is sent out to pasture.

The recent noise amongst enthusiasts regarding the death of the replacement of their Hemi by a new straight six will hopefully be extinguished. But curiously absent is mention of the Dodge Ram. Full-size electric trucks will be the next battleground. Leading the way should be Rivian, but supply chain issues have forced them to cut production estimates by a few hundred units this year. Nevertheless, their R1T remains priced at $70,000 thanks to backing from Jeff Bezos.

With that in-mind, GM CEO Mary Barra will reprise her role as keynote speaker this year. Lauded for throwing everything in her arsenal at the EV battle, production versions of the Hummer EV will monopolize the attentions of the press. Her year has been punctuated by transforming the Detroit-Hamtramck Assembly Plant into Factory ZERO, a carbon-free blank slate that will soon be building Hummer, Chevy, and GMC electrics. But by far, the star of the show is going to be her trucks.

The Silverado E and the GMC Sierra Electric will be powered by the same Ultium battery technology that underpins the Hummer, and we’ve seen teasers of panoramic glass roof panels along with the mention of All Wheel Steering. Riding on an all-new BT1 platform, the power and range will hopefully trickle down to smaller utilities and crossovers.Staying silent so far, Tesla would be wise to offer any updates on the Cybertruck, and we would like to see VW offer a production version of the I.D. Buzz. Until then, stay with us as more previews will undoubtedly be rolling in, and have a Merry Christmas from all of us! 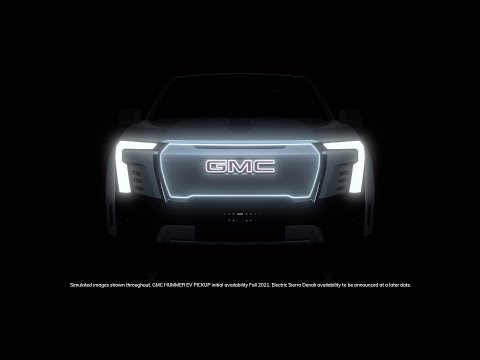