2 Superyachts Are Staying Clear of Party Islands to Avoid Seizure, Predictably So

Construction Resumes on Seized $600 Million Megayacht Dilbar, but No One Knows What For

Dilbar, once the world’s most famous megayacht because of its size and its reported price tag of $600 million to $735 million, is now the world’s most expensive seizure under current sanctions against Russia. But not all hope is lost for it and its equally controversial owner, or so it would appear.
16 photos

Dilbar is a gigantic 2016 Lurssen vessel built for Alisher Usmanov, one of the world’s richest men and also one of Putin’s closest allies. In early March this year, just as international sanctions against Russian oligarchs were going into effect, Dilbar was detained in Germany at the Blohm + Voss shipyard, where it’d been brought in for refits.

One month later, after ownership was established, it was officially seized by authorities. Usmanov had tried to bury ownership by transferring Dilbar to his sister, Gulbakhor Ismailova, and to a company in Malta. German officials ruled that the megayacht was still Usmanov’s, but they never decided what would happen to it once it was impounded.

Until a few days ago, Dilbar was in dry dock at the same shipyard. It’s been since refloated, and its protective covers have been removed. Amid speculation that it might be preparing to flee like Putin’s Scheherazade did a while back, Abendblatt is reporting that construction work has resumed for the first time since sanctions. No word yet on who’s footing the bill for said construction work, since technically (and at least temporarily) Usmanov no longer owns Dilbar, or what purpose it might serve.

According to Lurssen, the work is necessary for vague reasons that have to do with the ship’s integrity. “We are pleased to inform you that work is currently being carried out on the yacht Dilbar to ensure the safety of the ship, the shipyard and the environment,” a company spokesperson tells superyacht vlogger eSysman (at the 4.15-minute mark in the video below). “The current work has been reported to the responsible authorities in advance and has been checked and approved by them.”

This could be regular maintenance work, but if it is, it looks massive. This still leaves the bigger question unanswered: who’s paying for it? Maintenance for a boat amounts to about 10% of its value on a yearly basis, and with a 512-foot (156-meter) megayacht that costs $600 million minimum, that makes for a very hefty bill. 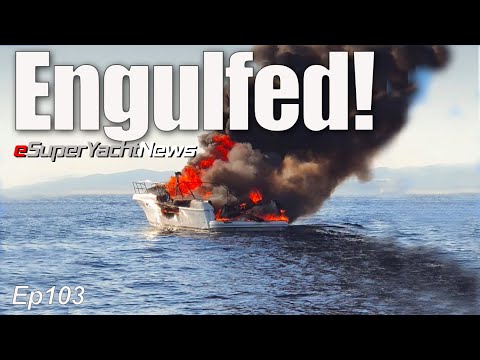