5 Fuel, Cars and Other Goods Transported Safely Thanks to Operation Sentinel’s Warships
Car video reviews:
Up Next

As the International Maritime Organization (IMO) is preparing to establish even tougher criteria related to the levels of toxic emissions that are allowed, companies in the shipping sector need to make changes and adapt their fleet to new environmental requirements.
7 photos

A Connecticut-based ship owner and operator has joined forces with an expert in sustainable marine fuels from the Netherlands, to conduct a trailblazing biofuel voyage. Eagle Bulk is a U.S.-based shipping company headquartered in Stamford, recognized as owning one of the biggest fleets of Supramax / Ultramax vessels in the world.

These massive ships, used for global transportation, are typically major contributors to the high levels of CO2 and other toxic substances in the atmosphere. This is why it’s particularly important for this industry segment to switch to cleaner alternatives. The Sydney Eagle, one of the company’s Ultramax ships built in 2015, recently completed its first sustainable voyage, a successful pioneering project.

According to Eagle Bulk, the vessel was bunkered with advanced marine biofuel at the port in Terneuzen, the Netherlands, leading to a massive 90% CO2 emissions cut throughout its journey, compared to using conventional bunker fuel.

The sustainable fuel was provided by GoodFuels, a company that considers itself a pioneer in this field, being one of the few to offer an integrated marine biofuel solution, “from feedstock to tank.” Back in 2016, the Netherlands-based company introduced the first marine biofuel in the world that was made from wood residue, coming from Finnish forests. Wood residue is considered superior to other types of waste, due to its stability.

Today, all of the company’s biofuels are produced from certified feedstock, labeled as waste or residue, in order to make sure that there are no concerns about deforestation or competition with the food industry. Not only the feedstocks, but also the resulting biofuels are certified, with a totally transparent supply chain.

Eagle Bulk’s first sustainable voyage is just the first step in its plan to completely decarbonize its massive shipping fleet, which will have a huge positive impact on the environment, for decades to come. 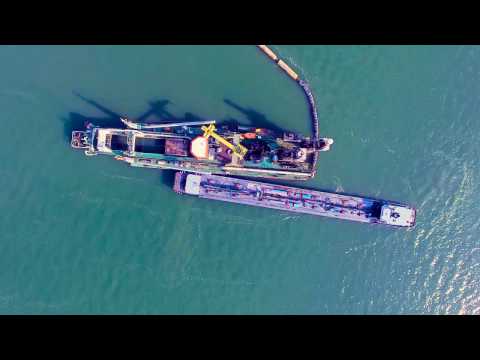