Confirmed: Opel Insignia OPC to Be Launched in Barcelona 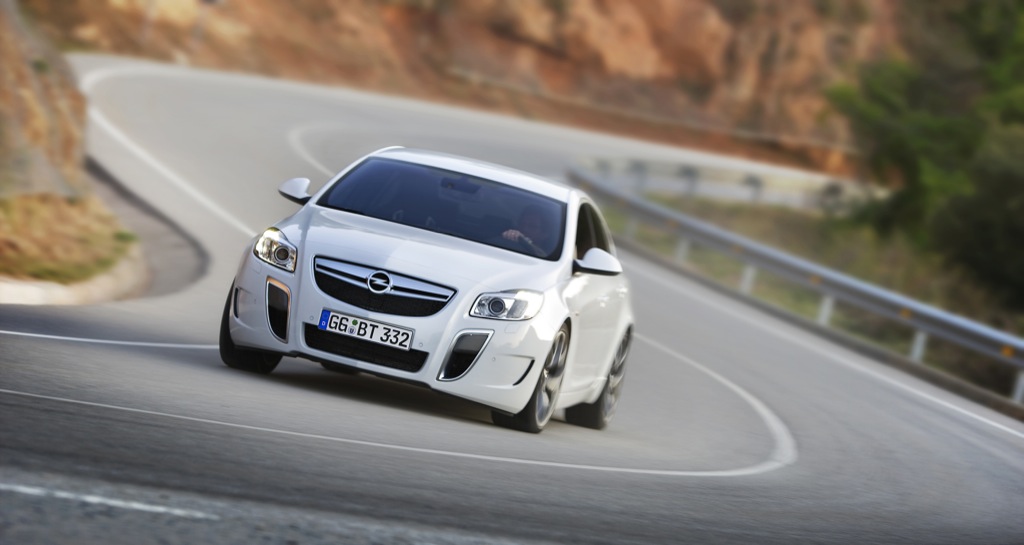 General Motors has finally confirmed that the high-performance flavor of the already-popular Opel Insignia will be officially unveiled on May 7 at the Barcelona Motor Show. This upgraded version of the 2009 Car of the Year will come equipped with a 2.8-liter V6 Turbo engine that will develop a maximum output of 325 horsepower (239 kW) with the help of "a special engine development and by reworking the exhaust, significantly reducing the counter pressure," as the manufacturer said in a statement for the press.

The model will boast a six-speed manual gearbox that will help deliver a maximum torque of 400 Nm and push the car from a standstill to 100 km/h in no more than six seconds. The top speed is electronically-limited at 250 km/h (155 mph).

“I was personally involved in the development of the Insignia OPC and I very much enjoyed extensive testing on the most demanding race track of the world, the Nürburgring Nordschleife. Our target was to rival the “best of the best”,” said Hans Demant, Managing Director Adam Opel GmbH.

Other feature highlights of the upcoming OPC include the Adaptive 4x4 system, the electronic rear limited slip differential - both of them offered as standard -, the Brembo calipers and the dual integrated exhausts. The car boasts 19-inch wheels, while 20-inch lightweight forged wheels come as optional. Recaro seats, sporty steering wheel and exclusive instrument graphics greet the driver when getting in.

“The Insignia OPC marks the beginning of a new era for our OPC portfolio; still bold, but also more mature and refined, and more ambitious than ever. The OPC epitomizes the Insignia experience: dynamic and refined”, says Alain Visser, GM Europe Vice President Opel.