1 Lightning Motorcycles Is Working on a Fully-Enclosed Bike, Presumably

Cybertruck Heads to Mars in “Beyond” Fan-Made Ad

Confirmed: Lightning Motorcycles Is Working on a Fully-Enclosed e-Bike

Late last week, news got out that California-based electric- motorcycle maker Lightning Motorcycles was probably working on a new model of e-bike, unlike anything else on the market, since it was fully-enclosed. Here’s confirmation of that.
4 photos

Lightning Motorcycles is the maker the world’s fastest electric bike, the LS-218. The report of the enclosed model originated from a patent filing in China, for something that could have been an e-bike with a tear-shape enclosure that would boost range and comfort for the driver and passenger.

Electrek has obtained footage of a prototype of this revolutionary e-bike, and it (obviously) comes to confirm the original report: Lightning Motorcycles is working on a new product. You can see the video at the bottom of the page: it includes both footage of the prototype road-testing and images of the scale wind tunnel used to test and improve 3D models of the e-bike. A wind tunnel nearby that can fit several vehicles is used for the real-life prototype.

The same media outlet has spoken to CEO and founder Richard Hatfield, who confirms the idea was born out of a desire to improve efficiency of e-bikes.

“The overall conclusion is that motorcycles are pretty poor aerodynamically. Improving the aerodynamics is perhaps the best opportunity to reduce the battery pack size while maintaining good highway range and higher speed riding,” Hatfield explains.

That said, this enclosed bike may never go into production, and Lightning Motorcycles is yet to make a decision in this regard. For the time being, they’re just looking at benefits of one such product, and will determine later whether it’s a viable solution for the market.

“If a fully enclosed aerodynamic electric motorcycle is done right, it could be both the fastest vehicle sold for daily use as well as the most efficient. And that’s pretty seductive from an engineering perspective,” Hatfield says. 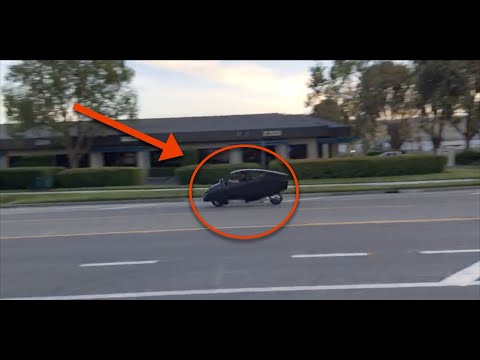