1 One-Off Confederate Fighter Combat to Be Auctioned
Car video reviews:
Up Next 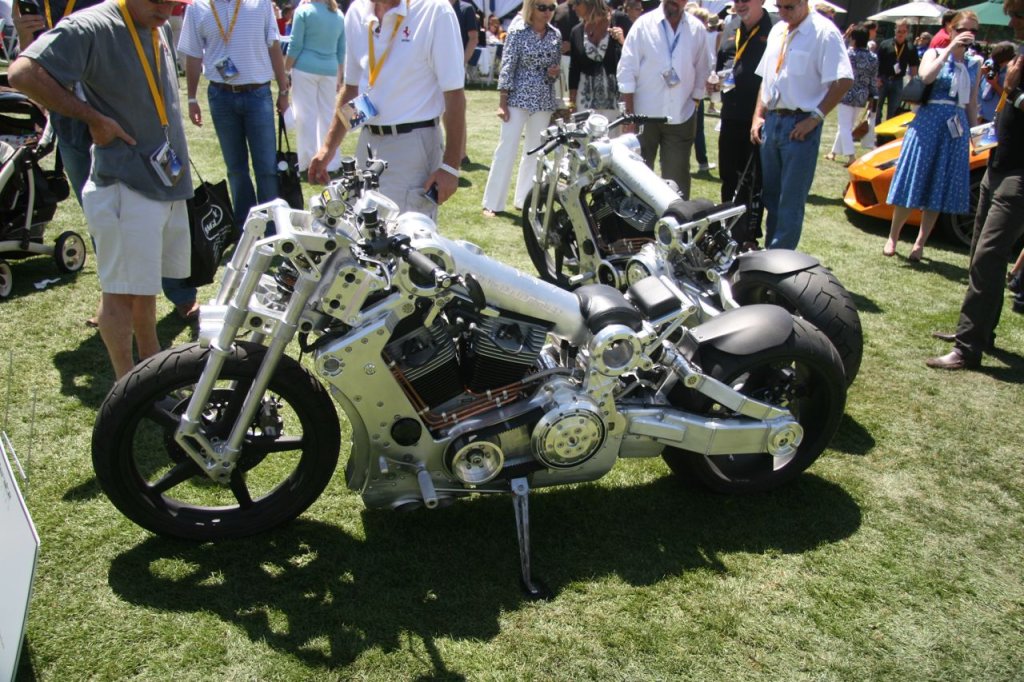 As we were mentioning in a previous report, the latest model launched by Confederate Motor, the limited edition P120 Fighter Combat, has been unveiled at the Quail Motorsports Gathering during the 2009 Pebble Beach Car Week, making its public debut.

"We are thrilled to be a part of this legendary event," said Matt Chambers, CEO and founder of Confederate Motors, in a statement for the press. "Considering the level of discerning motorsport enthusiasts gathered from around the world in one place at one time, we could not think of a better forum at which to unveil our cutting-edge Fighter Combat."

The 1966cc massive engine of the Fighter Combat Edition is incorporated into a lightweight aluminium frame and develops 145 ft/lbs of torque and 160 rear wheel horsepower.

As we said, this one-off pre-production model has also been auctioned this weekend, but details of the bidding have not yet been made public.

The bike will be raced for setting a world speed record at the Bonneville Salt Flats between August 30 and September 6 in the 2009 BUB Speed Trials. With an estimated retail cost of the production model of $75,000, this one-off Fighter Combat is expected to fetch much more.

As a quick reminder, the main features of the P120 Combat Edition Fighter are listed below: