3 MINI Driver Wants to Go on the Wrong Way, Karma Says 'No' via a Police Car

4 MINI JCW What? This Is the Real Go-Kart Experience

5 Fiat 500 versus MINI Cooper: Which One to Pick?
Coverstory

Gabriel Nica
The new MINI sure didn't stand a chance in front of the critics. When they saw how much it grew, most people rushed to call it fat and ugly and all sorts of names that weren't all that justified. However, things are not exactly as they seem at first.
1 photo
The guys from Auto Express took the MINI and one of its possible rivals out for a spin to see how they fare against each other. The result is quite shocking.

Normally, the Volkswagen Polo wouldn't be included on the list of rivals the MINI Cooper has. That's because one car's premium and one's not. The only rival the Brit has at the moment also comes from Germany, but it's the Audi A1.

However, when the GTI names comes up things change a little. That badge allows the Polo to challenge cars like the Cooper S for example because it brings exclusivity to the table.

Comparing the weight of the two will reveal that the Polo is heavier than its premium rival. Of course, that applies when the versions that are being compared have the same number of doors.

On top of all that, the Cooper S also has a better interior, more optional features available as well as a bigger trunk. Now, where are all those critics?

Needless to say, that since they both have similar starting prices as well, the difference will only come down to personal choice but we know which one we'd pick. 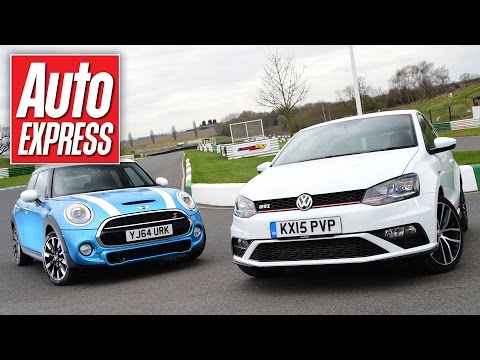