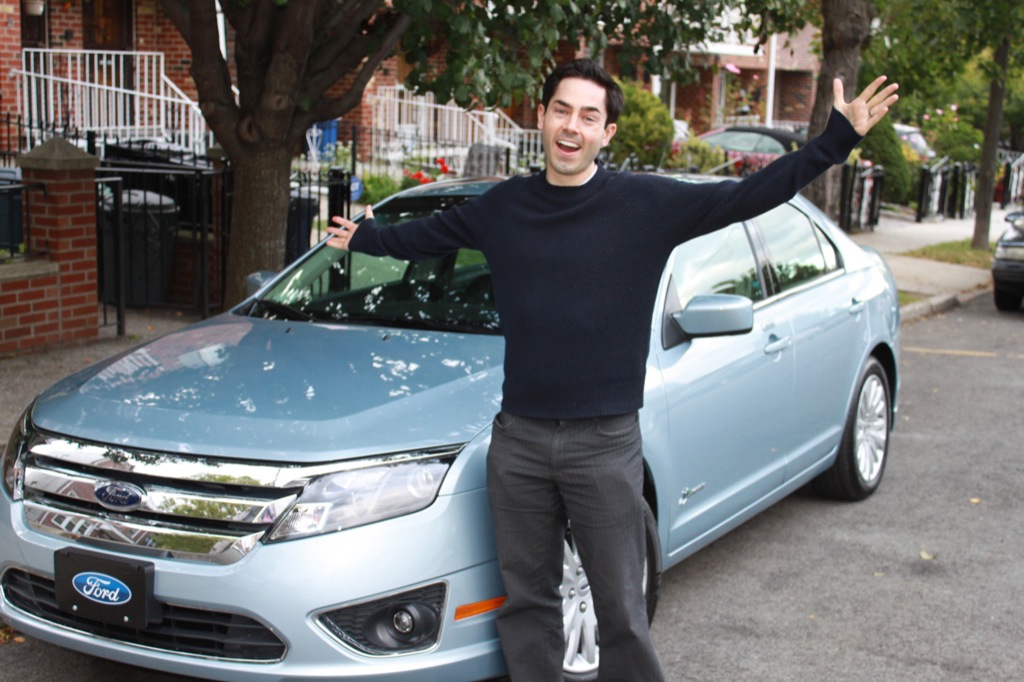 After it has set a world record traveling 1,445 miles on a single tank of gas in April this year, the 2010 Ford Fusion Hybrid will accompany comedian Mark Malkoff in a quest in order to convince several mayors east of the Mississippi to give him the keys to their cities.

The quest spreads along 28 days and is not Malkoff’s first unusual deed, as he also lived and slept in an IKEA store for a week while his apartment was being fumigated. Malkoff was the one who went to Ford with the idea and the company’s marketing team loved as it fits with the strategy of building a stronger brand awareness.

Those who are curious on Malkoff’s adventures behind the wheel of the Fusion Hybrid will be able to catch up thanks to the videos, photos and blogs that will be featured daily here, as well as regular updates on social networking sites such as Twitter, Flickr and Facebook.

"Mark will be connected and working constantly with both hands securely on the wheel, thanks to the Fusion Hybrid's voice-activated Ford SYNC communication system," said Jeffrey Eggen, manager, Ford Car Experiential Marketing. "It also will be great to see Mark's reaction to his own real-world fuel economy."

Malkoff says he hopes to earn 100 keys before his journey with the Ford Fusion Hybrid ends on November 1. The comedian has already completed a couple of tasks in order to win the keys.

"Apparently, all of the police officers ride on horses, so the mayor wanted me to follow them around and clean up after the horses in order to get the key," he said after completed a task in Harrisburg, Pennsylvania. "In Fairfax, Virginia, they want me to climb into their town fountain, collect all of the coins and donate them to charity because no one else wants to do it."