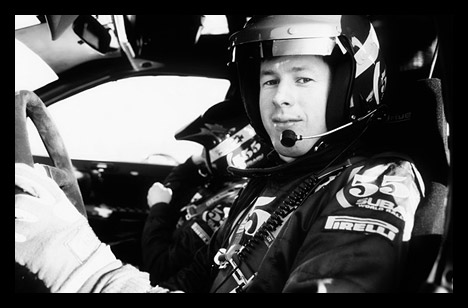 Those of you who want to get their hands on a piece of Colin McRae memorabilia better hurry. The auction that benefits his McRae Vision charity will end on the 17th of October at noon.

The vent is hosted by Prodrive and it managed to organize a very interesting and at the same time original event. So original in fact that it managed to settle an old record. The event consisted of 1,100 Subaru cars taking part in a tribute march to honor the late rally driver.

In case you're wondering what exactly is being auctioned and what you're going to get, here is a glimpse at the most prized articles. These are 19 lots of rare rally memorabilia, donated by the McRae family and Nicky Grist, his former co-driver. Among these is an original Rothmans jacket signed by the rally star and other drivers.

They also threw in some original Subaru World Rally Car parts, like the front and rear bumper. Original posters, waterproof jackets, team shirts and even a passenger ride around Silverstone in a Ginetta Cup car.

The good news? The bidding can also be done online, which means you don't even have to get out of your chair. The rules for the bidding can be found from the Prodrive site but you'll have to have a PayPal account or a viable account. Credit cards or debit cards are not accepted.

For those of you who don't remember, rally driver Colin McRae tragically died in September 2007 in a helicopter crash with 3 other people, his 5-year old son, and family friends Graeme Duncan and Ben Porcelli.