1 A-10 Warthog Looks at Home Back in the Sky, and Not on Some Highway

Airplanes landing on public roads is not something unheard of, as we’ve seen on a number of occasions planes using the road asphalt as a landing strip. But in the majority of cases, we’re talking about civilian aircraft and not military monstrosities like the A-10 Thunderbolt.
8 photos

Back in early August, a section of the Michigan State Highway M-32, in Alpena, was run over by the forces of the Michigan National Guard, the U.S. Air Force, and the Air Force Special Operations Command.

The military was there, operating on a closed section of the highway, as part of the Northern Strike 21-2 exercise. Somehow, the military drill ended up needing aircraft to land on a highway - it was for the first time in the history of the post-war United States when military aircraft intentionally landed on a civilian road.

The exercise involved a number of machines, including A-10 Thunderbolts and C-146A Wolfhounds. And it was those Thunderbolts that stole the show, as they are true war monsters.

In the time that has passed since the exercise, countless videos have been released showing the performance of these winged beasts because, even if the highway was closed, people still flocked to the sides to see the exercise unfold. But late last week, another video below popped online, showing the preparations for the drill, the flight to the landing destination, and, above all, the moment when one of these A-10s touches down only to take off a short moment after that.

The video, the first one available below, was shot by Senior Airman Alex Miller, deployed with the Air Force's 355th Wing, one of the units taking part in the Northern Strike 21-2 exercise.

But before you dive into it, a quick recap of what the Thunderbolt, also known as the Warthog, is all about: two General Electric turbofan engines that give it a top speed of 420 mph (676 kph), a seven-barrel Gatling gun called Avenger that can fire rounds from 4,000 feet (1,200 meters) into an area of just 40 feet (12 meters) in diameter and, as of now, the proven capability to land on public highways. 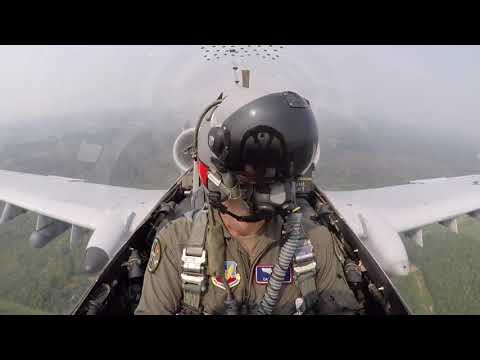 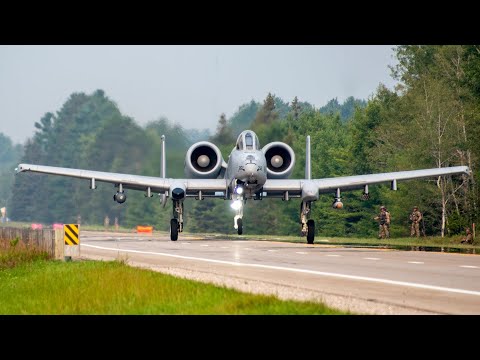