3 Striking Specter 1 Speed Pedelec Is Built Like a Supercar: Low in Weight and High on Tech

5 Watch Out, Cars! The Industry's Safest E-Bike, Urban Arrow Family, Gets a Massive Overhaul
Car video reviews:
Up Next

Hot Wheels RLC Exclusive Lamborghini Countach LP500 S Coming Up, Will Be Made to Order

Italian-engineered Cobra e-bike has got eyes on its back and an AI (artificial intelligence)-based software meant to protect you from any potential hazard. It features a rear camera that serves as an electronic mirror, showing you in real-time everything that happens behind you.
9 photos

Cobra is Italian-made and it is the brainchild of the TO.TEM startup, which has already rolled out its Lynx electric three-wheeler. The scooter was the first to demonstrate the company’s highly-praised TO.TEM Eye technology, developed to keep you safe on the road and free from any collisions. That same system is now being used on TO.TEM’s first e-bike, Cobra, which is now live on Indiegogo.

With a focus on safety, the TO.TEM Eye consists of two components, a hardware one, which is the rear-view camera mounted below the bike’s saddle, and the AI-based software wrapped in a mobile app. The camera transmits live video via Bluetooth to the rider’s smartphone, which gets mounted on the handlebar. Through the mobile app, the rider can constantly see what’s going on behind him, using the system like an electronic mirror. But there’s more to it: using AI, the software also works in the background and continuously analyzes the incoming images it receives from the camera. If a vehicle is approaching too fast and risks putting the rider in danger, an alarm is triggered to alert the cyclist.

Design-wise, the Cobra e-bike looks like a regular bike, with its 250 Wh battery being hidden in the frame. The two-wheeler is really light, tipping the scales at 15.5 kg (34 lb). It comes with a carbon fork, a low maintenance and durable Gates Carbon Drive instead of a chain, front and rear hydraulic disc brakes, and 700 x 42C wheels.

You can now order the Cobra e-bike on Indiegogo for a price of approximately $4,080. The estimated shipping date is October 2022. 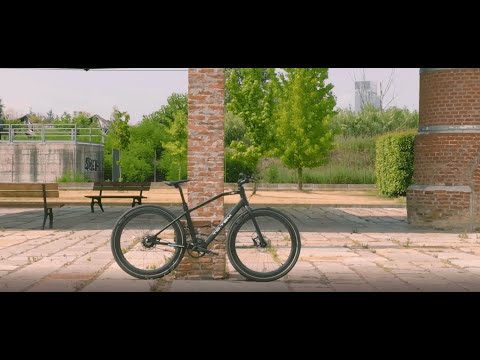