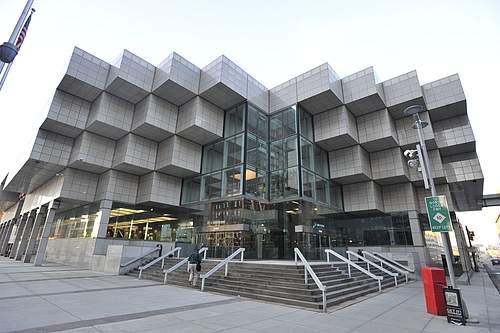 Known throughout the world as the home of the North American International Auto Show (NAIAS) for several years now, the Cobo Center is getting ready for perhaps the biggest renovation in its history. The owners of the center announced today that, for the following three years, the place will undergo major changes, supported by a huge $260,000,000 investment.

The decision to upgrade the 700,000 square feet building comes after several auto makers have begun complaining about the quality of the space provided for perhaps the biggest auto show in North America.

According to tvsdesign, one of the companies brought to handle the renovation (together with SDG, Kahn, and Rossetti), the renovation will be completed in phases, without interfering with the NAIAS show it hosts every year. The completion of the project is expected to take place in late 2014, a month before the start of the 2015 NAIAS.

The upgrades will include the addition of new components, like the 40,000 square-foot ballroom with views to the river, a new concourse atrium, a back-of-house circulation system, new facades on the south and east sides and mechanical and electrical upgrades.

"The Center will be re-introduced as a state-of-the art venue that will address the needs of its premier event, the North American International Auto Show, and that will provide the space and infrastructure components that other major conventions, conferences and trade shows look for when they select a location," said Jay Thomson, project design principal for tvsdesign.

"But, at the same time, we want the renovation to reflect some of the unique qualities of the Detroit area and of this site. We have a magnificent location next to the Detroit River that we want to be a highlight of one's experience here. And we hope that the changes will provide the building with a new sensibility that corresponds to Detroit's history as a center of creativity, technology, and design."