Capturing carbon dioxide out of the air using man-made tech is not a new development - we’ve had the capability to do it since the mid-1950s. It has so far stayed under the radar because it was considered prohibitively expensive to get working and its benefits were outweighed by the costs involved. But a new procedure called “direct air capture” was developed in the late 1990s and now its cost has been brought down to more manageable levels - it’s not currently worth the return on investment for wide-scale application, but it’s not that far off either.
6 photos

One of the companies at the forefront of this technology is called Carbon Engineering (CE). It is backed by Bill Gates, BHP, Oxy Low Carbon Ventures and Chevron Technology Ventures.

Some critics say that the fact that some of its backers are oil companies, this somewhat negates the benefits it could have, yet, even so, the fact that CE already has one plant up and running which not only collects CO2 from the atmosphere but also has the capability to turn it into usable fuel is an achievement whose importance should not be overlooked.How capturing carbon dioxide from the atmosphere and turning it into fuel works
This isn’t really magic; far from it. The process is called “air to fuels” (sometimes referred to as A2F) and it is achieved through three major steps. Firstly, CO2 from the surrounding air is captured through the use of fans and some honeycomb-like structures that trap its molecules.

Next, electrolysis is used to make hydrogen and oxygen out of the water and in the final step, the CO2 is combined with the hydrogen and the mixture is synthesized into fuel.

It really sounds too good to be true, but it’s that simple. The only slight problem is the source of the electricity used for the electrolysis process (as well as powering the entire air to fuels plant). If this comes from renewable sources, then the process is completely clean, with no harmful emissions or byproducts. Heck, even if you burn some form of fuel to keep the process going, you can still capture its emissions entirely and re-use some of the chemical components too.What are the properties of the fuel obtained through this process?
According to CE’s CEO, Steve Oldham, the fuels produced through this process are actually superior to those obtained traditionally through processing petroleum. He even goes so far as to say that they not only burn cleaner (and inherently cause less pollution especially because they contain no traces of sulfur), but that they also provide engines with even more power than their oil-based counterparts.

Why isn’t more of this stuff being produced, then, we hear you ask? Well, the production cost is still high compared to that of the traditional stuff. However, CE says it has plans to launch commercially in around five years from now.

The main obstacle preventing this right now is the cost of producing hydrogen by splitting water molecules, since it is quite an energy-intensive process that requires a lot of electricity. Maybe if hydrogen, which, by the way, is said to be the most abundant element in the universe, will come from other easier sources, the cost of this synthetic fuel will dramatically drop.Why are companies like Carbon Engineering partnering with the world’s oil giants?
Carbon Engineering says it needs the financial and technical support of established players on the global fuel market. Representatives say these oil companies aren’t contributing to developing this tech just to then buy it out and suppress it to keep selling oil-based fuels.

The argument here is that through these already established players’ widespread fuel distribution networks, this new fuel will reach consumers far quicker than it would have with the limited resources a comparatively small company like CE has. And, if this is the case, maybe these oil giants will shift their own focus away from extracting and processing oil and more in the direction of cleaning up the planet’s atmosphere and also making fuel out of that process.

It would be a major shift in their business model, but, as is the case with automakers which are now branding themselves technology and mobility companies to keep up with ever-changing global trends, it seems like a plausible outlook.

It’s not going to happen overnight, as these companies have been pumping oil out of the ground for over a century, but it’s definitely a shift they should be interested in making to not only improve their image and genuinely make a difference towards improving the planet and making it cleaner and more sustainable. 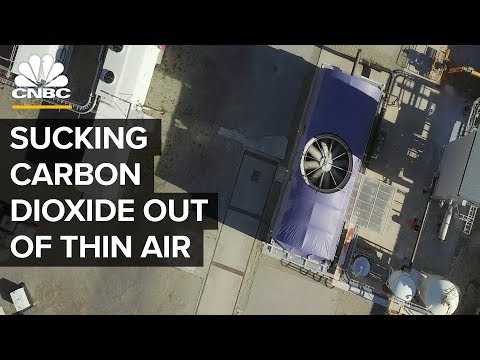