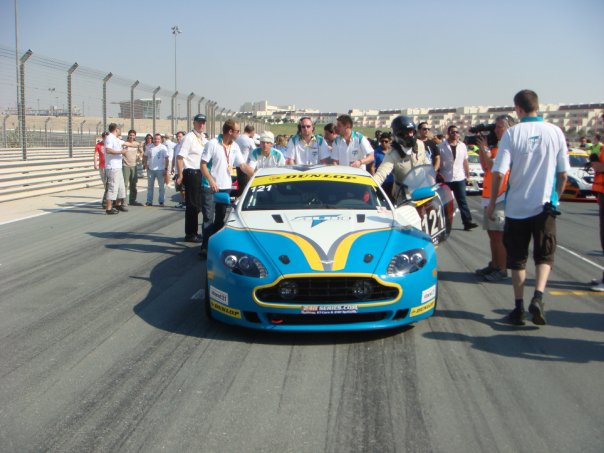 UAE based AUH Motorsports managed to achieve a class victory and 16th overall in the Dubai 24 Hours with its Aston Martin Vantage GT4, which was driven to victory by Emirati driver Humaid Al Masaood who teamed with Eric Charles, Alex Kapadia and Michael Prophet.

In total 74 cars lined up at the Dubai Autodrome to start of the fifth Dunlop 24 Hours of Dubai, which kicked off on 15 January. The race was held under the patronage of Sheikh Hamdan Bin Mohammad Bin Rashid Al Maktoum, Crown Prince of Dubai.

There were a number of early minor incidents, one of which involved the winners of last year’s SP3 class, Dubai based DXB Racing’s Aston Martin Vantage GT4. The incident cost the team several places but they fought back to finish fourth in class and 19th overall.

As we said in a previous report, a record number of nine Aston Martins have entered the Dunlop 24 Hours of Dubai, with three of the cars based locally in the UAE with the other teams traveling from Europe and the UK.

Eight of the Aston Martin Vantage GT4s and N24s competed in the SP3/GT4A class for GT4 cars with one modified Vantage N24 competing in the SP2/GT3A category for cars with more than 4,000cc and/or more than six cylinders.